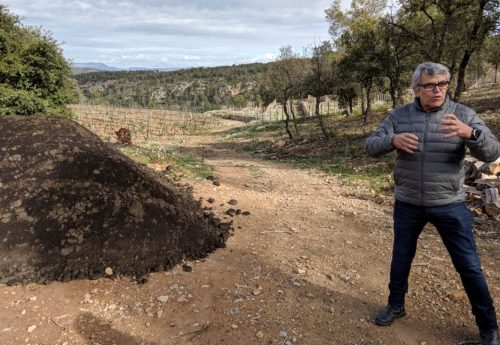 If you visit Montsant’s Vinyes DomÃ¨nech, located in the southern portion of the winemaking district that nearly encircles Spain’s famous Priorat area like a talon, be forewarned that owner Joan Ignasi DomÃ¨nech is likely to talk sh*t.

As in, literally speak about sh*t. Like, fertilizer. Along with solar energy, water collection, and all things botanical. Long enough to really, really, really make you want to move away from the intensely pungent nearby piles of the stuff…

DomÃ¨nech, who heads up this family-owned and operated vineyard area surrounded by the natural park beauty of the Llaberia and Montalt mountains at roughly 400 meters elevation, is a stickler for all-things natural, biodynamic, and conservatory. 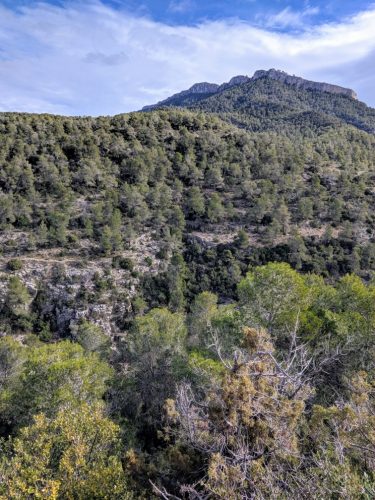 Since 2002, this former tech-guy has overseen some of the oldest vines in CapÃ§anes, in a spot that previously had no real supporting infrastructure of any kind. That DomÃ¨nech didn’t have any previous experience in wine (aside from drinking it, and living near Priorat in Falset) or in reconstituting rugged landscapes didn’t deter his enthusiasm for transforming a previously nearly-inaccessible 15 hectares of land into what is now the handsome hamlet of Vinyes DomÃ¨nech.

DomÃ¨nech was, as he tells it, wooed by the natural beauty of the area after visiting it with his family on holidays, and luckily for us wine geeks, he happens to have access to Garnaxta perluga vines that are well into their elderly stage (60-80 years and counting)… 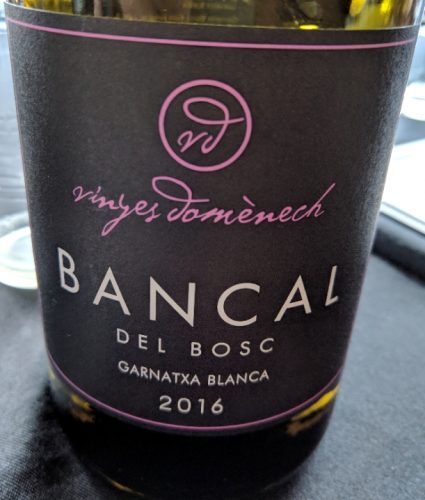 Priorat-area fans are justifiably ga-ga over old Garnacha vine fruit, but its blanca equivalent can be equally as compelling in its later years, as evidenced by Vinyes DomÃ¨nech’s wares. Their Bancal is creamy, generous, harmonious, textured, and lovely. It’s also complex, with varying degrees of blossom, honey, peach, citrus, pear, lemon, herbs, and toast. Overall, it’s a beguiling white, provided that you’re grown-up and daring enough to venture into the more exotic territory to which it’s inviting you. 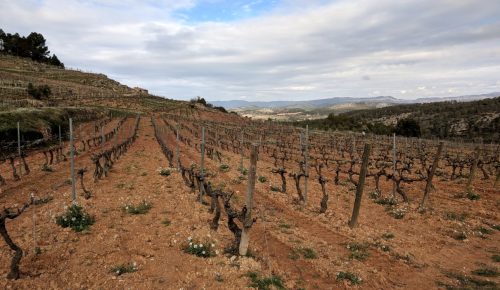 There’s Lovely Rita, and there’s this, which is more like Sexy Rita. 60+ year-old vines provide the fruit for this Garnaxta Blanca, and only about one thousand bottles were made of the `16. Some of the vinification takes place in barrel, resulting in a silky, tropical, rich, and floral presentation with emphasis on the lemon cream action. Having said that, it’s not without its charm, by way of little tinges of herbs, minerals, and saline. 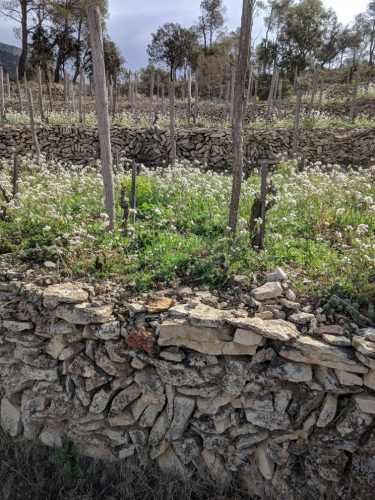 100% Carignan, with maybe 500 bottles produced in the vintage, from 80+ year-old vines. DomÃ¨nech remarked, I think in equal parts joke, exacerbation, and pride, that it takes “five vines per bottle” to craft this smooth, elegant, spicy, and vibrant red. The plummy fruitiness is quite deep, the structure (this is still a baby-child) and power are ample, and the purity is enviable. 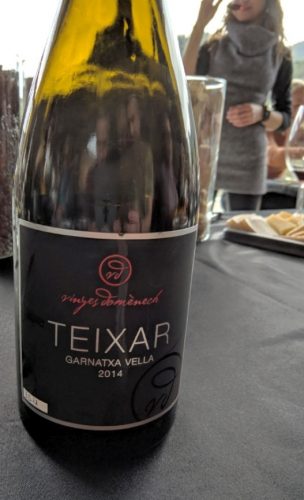 Old vines from select plots supply the fruit for this spicy, savory, silky, sinewy, loud and long red. Red and black plums and cherries, violets, dried herbs, along with almost-but-not-really-overripe flavors make for a big, bold, steak-ready sipper. The long finish is a bonus, and might help to clear your retro-nasal passages of any lingering smells from all of that natural fertilizer, should you be lucky enough to visit…

Copyright Â© 2016. Originally at That Is One Big Pile Of… Enthusiasm (Vinyes DomÃ¨nech Recent Releases) from 1WineDude.com
– for personal, non-commercial use only. Cheers!