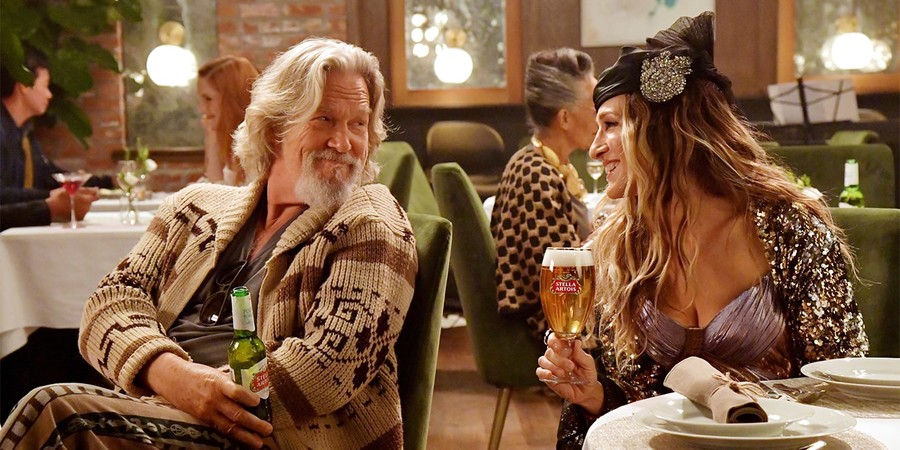 This yearâ€™s Super Bowl was very boringâ€”letâ€™s not even speak of the boring halftime show. The game between the Los Angeles Rams and the New England Patriots was the lowest-scoring Super Bowl in history. The New York Times called it â€œa universally agreed-upon snoozefestâ€� and Rolling Stone asked, â€œThe worst Super Bowl in history?â€� The show aired to 98.2 million people on CBS, which is the smallest television audience for the game in more than 10 years.

To this dwindling audience, advertisers still hoped to score big. The Super Bowl has become a place to premiere teasers and trailers for upcoming box-office hits, and this yearâ€™s commercials offered strange mashups of pop-culture worldsâ€”characters (and dragons) from Game of Thrones, Sex and the City, and Cardi B!

â€œWhen truth is not the truth, what dimension are you even in?â€� The answer: The Twilight Zone. Jordan Peeleâ€™s reboot of the classic sci-fi series premieres April 1 on CBS All Access.

A new trailer for the horror film from filmmaker Jordan Peele dropped during the game. Us premieres March 22.

Cardi B, Steve Carell, and Lil Jon walk into a dinerâ€¦

â€œIf I waited for change to happen, I never would have made a difference,â€� Serena Williams says, preparing to serve. â€œSo make the first move.â€� By swiping right on Bumble.

Stella Artois pulled off an astounding feat here, bringing back Sarah Jessica Parker as Sex and the Cityâ€™s Carrie Bradshaw and Jeff Bridges as the Dude Lebowski. But as a devotee of both fictional characters, I couldnâ€™t help but wonder: How would the Dude and Carrie ever, ever, ever find themselves in the same bar?

This could almost be a political ad, which is what makes it so devastating and brilliant. The Handmaidâ€™s Tale Season 3 is â€œcoming soon.â€�

Read this Next: Well, Actually

by Virginia Sole-Smith
We need to talk more about how many food rules targeted at women come from men who will never have our bodies or wrestle with our cultural expectations.