Rudolf Steiner (1861-1925), who founded the farming practices now known under the certification of Biodynamics, was largely full of sh*t.


For example, Steiner was all about making wild claims based on anonymous sources long before it became the new standard of presidential tweeting in the U.S.; just check out a handful of the claims he made in his The Submerged Continents of Atlantis and Lemuria:

“As to the sources of the information to be given here, I am for the present obliged to be silent. He who knows anything at all about such sources will understand why this must be so…”

“…it was only in the course of time that the forms of man and woman arose from an earlier, original form in which the human being was neither the one nor the other, but both at the same time.” 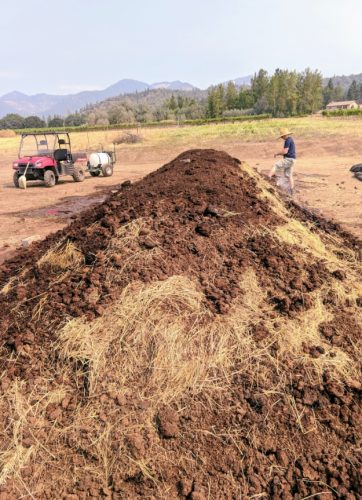 Working the good sh*t at Troon in Oregon

“Just as we have contrivances for transforming the latent force of coal into the power to propel our engines, so had the Atlanteans devices for heating by the use of plant-seeds in which the life-force was changed into a power applicable to technical purposes. In this way were propelled the air-ships of the Atlanteans, which soared a little above the earth. These air-ships sailed at a height rather below that of the mountains of Atlantean times, and they had steering appliances, by means of which they could be raised above these mountains.”

So we’ve got, with literally no evidence, Steiner on the record challenging how humans evolved, and claiming that ancient Atlanteans had airplanes powered by seed oil. So if you’re not at least a little bit skeptical of the guy’s take on farming, then you have deep issues with how you handle facts, logic, and the scientific method.

This doesn’t mean, of course, that with Biodynamics he didn’t stumble upon something incredibly useful for coalescing several centuries-old, tried-and-true farming practices that turned out to be great for fine wine vineyards. But it does mean that we need to approach anything that Steiner wrote with healthy (and probably substantial) levels of skepticism. We’ve tackled this topic before on these virtual pages, giving equal “air time” to both prominent Pro and Con voices regarding BioD, and more or less ended up not that much farther from our starting point (or, at least, I didn’t).

And so it was with a sort of mixed fascination and trepidation that I recently observed firsthand Troon Vineyard‘s Biodynamic compost preparations (#502-507) in the gorgeous (but, at the time, quite smokey) Applegate Valley, to literally see “the good sh*t”… 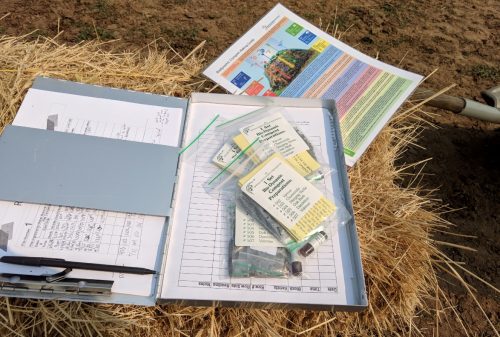 I was in town at the time to take part in the 2018 Oregon Wine Experience wine competition, and took up an invitation to visit from my friend and Troon GM Craig Camp. 2018 will be Troon’s first 100% certified Biodynamic vintage, and the thinking behind it has nothing to do with smoking the other “good sh*t” big agricultural crop (marijuana) in Troon’s neck of the woods; the plan is that Biodynamic farming can help the resiliency of the vines, and therefore allow for more dry-farming, less water usage, and increasingly better and better vineyard fruit. Combined with six full-time vineyard staff, “you get a different level of care in the vineyard” according to Camp. 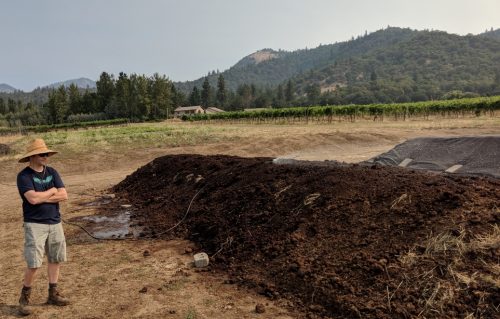 Thankfully, Troon’s application of Biodynamics isn’t moon-phase-chasing, ganjas-smokin’ BS; they are measuring the impact both in terms of soil impacts, vine health, and resulting wine quality. Over seventy soil pits have been dug and analyzed on the property – along with genetic sequencing of the microorganisms contained therin – to get a microbiome baseline. Early results are promising (more on the liquid results of all of that work to come in later articles here), and I got to measure some of the vine health myself by tagging along with assistant winemaker Nate Wall to perform leaf pressure-bomb analysis (the TLDR summary of that excursion: things are looking very good). 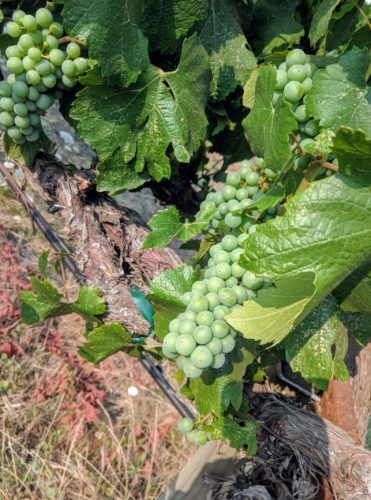 Anyway, back to the literal good sh*t…

During my visit, Troon was working over (e.g., turning, moistening, and adding BioD preparations such as dandelion, Valerian, yarrow, chamomile, and nettle) some of the most appealing compost I’ve ever seen. While there are way too many references to things like “cosmic forces” in the BioD prep. directions, there’s also some scientific method to the madness of adding in these elements to make for effective compost. For example, oak bark (#505) is probably acting as an antiseptic; Valerian might stimulate phosphorus and earthworm activity (the latter being essential for composting); yarrow might interact with potassium and sulfur to aid in plant nutrient intake. 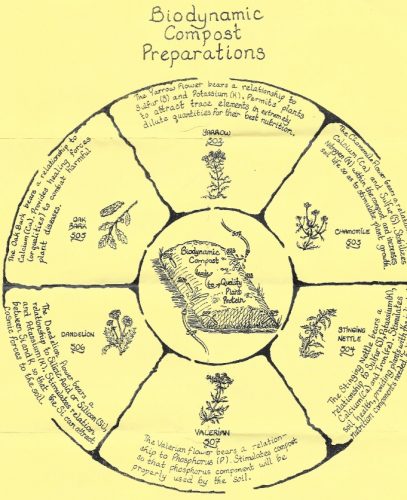 What really blew me away about the results of the compost was how incredible it smelled; or, I should say, didn’t smell. It was aromatic (think woodsy and slightly sweet), not stinky. Parts of it felt almost like potting soil. It just about screamed (in so much as earth can scream) healthy.

I mean, this was seriously, seriously good sh*t. I immediately wanted to steal some and throw it all over my yard, which I suppose is one of the higher compliments one can pay to an enormous pile of compost.

Copyright Â© 2016. Originally at The Good Sh*t (Biodynamic Preparations At Troon Vineyard) from 1WineDude.com
– for personal, non-commercial use only. Cheers!