The limits of coworking

It feels like thereâ€™s a WeWork on every street nowadays. Take a walk through midtown Manhattan (please donâ€™t actually) and it might even seem like there are more WeWorks than office buildings.

Consider this an ongoing discussion about Urban Tech, its intersection with regulation, issues of public service, and other complexities that people have full PHDs on. Iâ€™m just a bitter, born-and-bred New Yorker trying to figure out why Iâ€™ve been stuck in between subway stops for the last 15 minutes, so please reach out with your take on any of these thoughts:Â @Arman.Tabatabai@techcrunch.com.

Co-working has permeated cities around the world at an astronomical rate. The rise has been so remarkable that even the headline-dominating SoftBank seems willing to bet the success of its colossal Vision Fund on the shift continuing, having poured billions into WeWork – including a recent $4.4 billion top-up that saw the co-working kingâ€™s valuation spike to $45 billion.

And there are no signs of the trend slowing down. With growing frequency, new startups are popping up across cities looking to turn under-utilized brick-and-mortar or commercial space into low-cost co-working options.

Itâ€™s a strategy spreading through every type of business from retail – where companies like Workbar have helped retailers offer up portions of their stores – to more niche verticals like parking lots – where companies like Campsyte are transforming empty lots into spaces for outdoor co-working and corporate off-sites. Restaurants and bars might even prove most popular for co-working, with startups like Spacious and KettleSpaceÂ turning restaurants that are closed during the day into private co-working space during their off-hours.

Before you know it, a startup will be strapping an Aeron chair to the top of a telephone pole and calling it â€œWirelessWorkingâ€�.

But is there a limit to how far co-working can go? Are all of the storefronts, restaurants and open spaces that line city streets going to be filled with MacBooks, cappuccinos and Moleskine notebooks? That might be too tall a task, even for the movement taking over skyscrapers.

The co-working of everythingâ€¦ 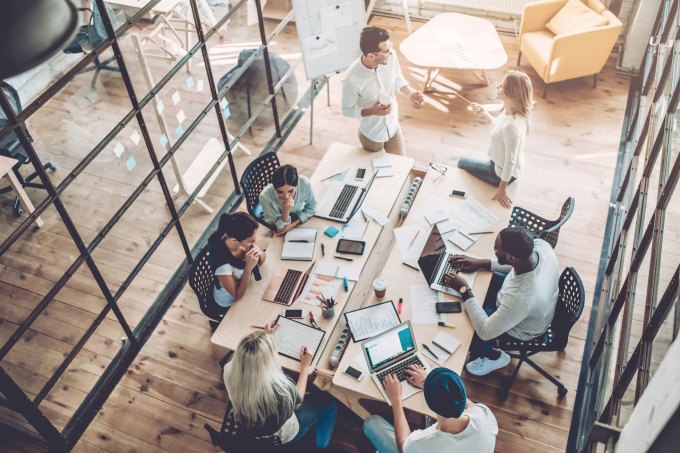 So why is everyone trying to turn your favorite neighborhood dinner spot into a part-time WeWork in the first place? Co-working offers a particularly compelling use case for under-utilized space.

First, co-working falls under the same general commercial zoning categories as most independent businesses and very little additional infrastructure – outside of a few extra power outlets and some decent WiFi – is required to turn a space into an effective replacement for the often crowded and distracting coffee shops used by price-sensitive, lean, remote, or nomadic workers that make up a growing portion of the workforce.

Thus, businesses can list their space at little-to-no cost, without having to deal with structural layout changes that are more likely to arise when dealing with pop-up solutions or event rentals.

On the supply side, these co-working networks donâ€™t have to purchase leases or make capital improvements to convert each space, and so theyâ€™re able to offer more square footage per member at a much lower rate than traditional co-working spaces. Spacious, for example, charges a monthly membership fee of $99-$129 dollars for access to its network of vetted restaurants, which is cheap compared to a WeWork desk, which can costÂ anywhere from $300-$800 per month in New York City.

Customers realize more affordable co-working alternatives, while tight-margin businesses facing increasing rents for under-utilized property are able to pool resources into a network and access a completely new revenue stream at very little cost. The value proposition is proving to be seriously convincing in initial cities – Spacious told the New York Times, that so many restaurants were applying to join the network on their own volition that only five percent of total applicants were ultimately getting accepted.

Basically, the business model here checks a lot of the boxes for successful marketplaces: Acquisition and transaction friction is low for both customers and suppliers, with both seeing real value that didnâ€™t exist previously. Unit economics seem strong, and vetting on both sides of the market creates trust and community. Finally, thereâ€™s an observable network effect whereby suppliers benefit from higher occupancy as more customers join the network, while customers benefit from added flexibility as more locations join the network.

â€¦ Or just the co-working of some thingsâ€¦ 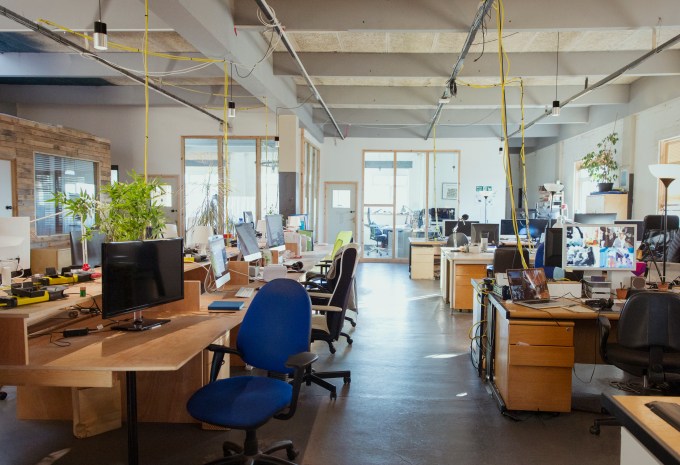 So is this the way of the future? The strategy is really compelling, with a creative solution that offers tremendous value to businesses and workers in major cities. But concerns around the scalability of demand make it difficult to picture this phenomenon becoming ubiquitous across cities or something that reaches the scale of a WeWork or large conventional co-working player.

All these companies seem to be competing for a similar demographic, not only with one another, but also with coffee shops, free workspaces, and other flexible co-working options like Croissant, which provides members with access to unused desks and offices in traditional co-working spaces. Like Spacious and KettleSpace, the spaces on Croissant own the property leases and are already built for co-working, so Croissant can still offer comparatively attractive rates.

The offer seems most compelling for someone that is able to work without a stable location and without the amenities offered in traditional co-working or office spaces, and is also price sensitive enough where they would trade those benefits for a lower price. Yet at the same time, they canâ€™t be too price sensitive, where they would prefer working out of free – or close to free – coffee shops instead of paying a monthly membership fee to avoid the frictions that can come with them.

Without density, is the competition for space or traffic in coffee shops and free workspaces still high enough where itâ€™s worth paying a membership fee for? Would the desire for a private working environment, or for a working community, be enough to incentivize membership alone? And in less-dense and more-sprawl oriented cities, members could also face the risk of having to travel significant distances if space isnâ€™t available in nearby locations.

While the emerging workforce is trending towards more remote, agile and nomadic workers that can do more with less, itâ€™s less certain how many will actually fit the profile that opts out of both more costly but stable traditional workspaces, as well as potentially frustrating but free alternatives. And if the lack of density does prove to be an issue, how many of those workers will live in hyper-dense areas, especially if they are price-sensitive and can work and live anywhere?

To be clear, Iâ€™m not saying the companies wonâ€™t see significant growth – in fact, I think they will. But will the trend of monetizing unused space through co-working come to permeate cities everywhere and do so with meaningful occupancy? Maybe not. That said, there is still a sizable and growing demographic that need these solutions and the value proposition is significant in many major urban areas.

The companies are creating real value, creating more efficient use of wasted space, and fixing a supply-demand issue. And the cultural value of even modestly helping independent businesses keep the lights on seems to outweigh the cultural â€œdamageâ€� some may fear in turning them into part-time co-working spaces.

And lastly, some reading while in transit: