The Misguided Pursuit of â€œBetterâ€� Manhood at American Fraternities 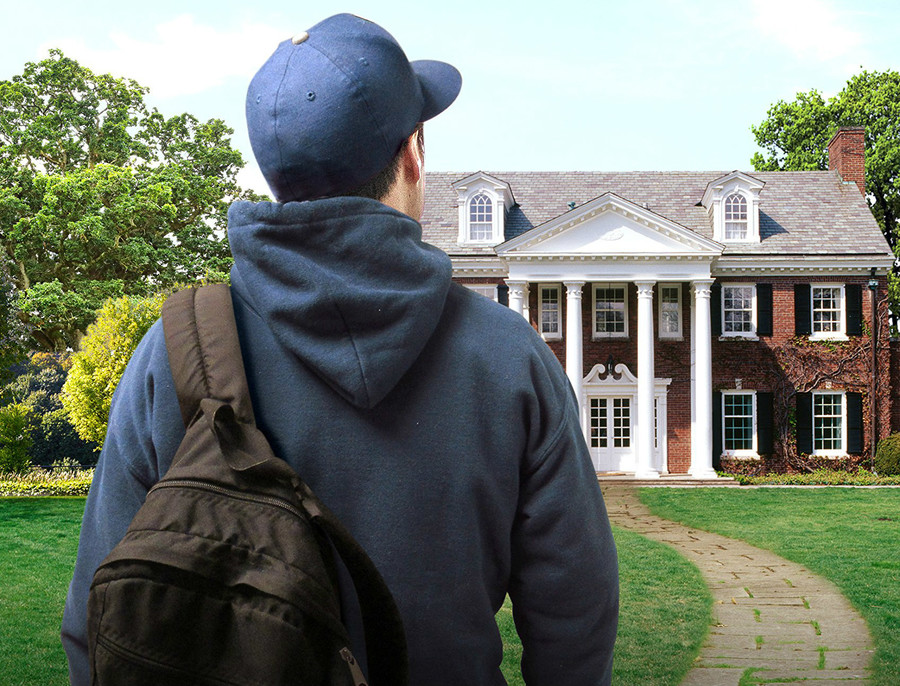 Fraternity: An Inside Look at a Year of College Boys Becoming Men by Alexandra Robbins (Dutton)

To search for news about â€œfraternitiesâ€� today is to be confronted with a slew of high-profile tales of hazing, racism, and sexual assault, from Syracuse Universityâ€™s Theta Tau members caught on video using racial slurs to a Baylor University alum accused of raping another student at his fraternity house. Less than a month ago, the University of California, Irvine suspended its Sigma Alpha Epsilon chapter after one of its members was found dead. In movies like the recently released Pledge, joining a fraternity literally becomes the stuff of nightmares. The dominant narrative around fraternities has long been one of peer pressure, blackout drinking, and cruel hazing rituals. So why are so many male students, especially white ones, as excited as ever to join them?

Michael Kaufman, cofounder of the White Ribbon Campaign, calls fraternities â€œpart of the firmament of patriarchal privilege, power, and preparationâ€� in the United States, and in her new book, Fraternity: An Inside Look at a Year of College Boys Becoming Men, journalist Alexandra Robbins documents the significant benefits that come with being a part of these exclusive networks. More than 80 percent of Supreme Court justices, including Brett Kavanaugh, are members of fraternities, as are the vast majority of Fortune 500 CEOs and leaders across the most powerful parts of American society. Perhaps this access to power is why the North American Interfraternity Councilâ€”which governs nearly all of Americaâ€™s historically white fraternitiesâ€”reported a 50 percent increase in new pledges between 2005 and 2015. According to Robbins, one out of every eight students at a four-year college lives in a fraternity or sorority. But frat brothers, who she writes make up about â€œ13 percent of male studentsâ€� overall, believe their story is more complicated than what negative headlines might suggest.

Robbinsâ€™s 2004 book Pledged: The Secret Life of Sororities followed a handful of mostly white college-aged women in painting a picture of Greek life on college campuses, and the approach here is similar. The author shadowed a few white students for more than two years as they rushed fraternities, and also spoke with hundreds of other current and former â€œbrothers.â€� She discovered that a self-described desire to â€œbecome a better manâ€� is the most common reason college-aged men decide to join fraternities. The result is a work that explores contemporary American masculinity without indicting Greek life or the men who participate in it. In fact, Fraternity is intentionally written as a guide for students who want to discern the differences between â€œgoodâ€� and â€œbadâ€� fraternities.

By joining these men in their search for â€œbetterâ€� Greek life, the book sits within a larger conversation about redefining masculinity, which has expanded to include everything from a viral Gillette commercial to a web series called Man Enough hosted by Jane the Virgin star Justin Baldoni (and sponsored by Harryâ€™s razors). The widespread challenge to traditional manhood has, according to Robbins, left many young men feeling lost, lonely, and in search of the kind of brotherhood that fraternities purport to offer. She also contends that despite their privileges, straight white men need supportive communities, and that the key to shifting rape culture on campuses might just be in the hands of proactive fraternity members who are intent on reforming these troubled, powerful institutions.

Researchers have found that campus sexual assaults are more likely to occur at fraternities than anywhere else, largely because they host unsupervised parties, have the means to purchase tons of alcohol, and are packed with young men eager to display their power. Fraternity includes disturbing examples of how white fraternities pressure members into misogynist bonding, from cheering on rape jokes to dehumanizing fat women. But Robbins quickly points out that itâ€™s unfair to paint all fraternities with the same brush, since many do not engage in these activities and misogyny exists in nearly every societal institution.

Nevertheless, according to the book, fraternitiesâ€”and the graduates who often move on to positions of power elsewhereâ€”have an outsized influence on cultural belief in and understanding of â€œidealâ€� masculinity, and are well-positioned to create change. In this context, a â€œgoodâ€� fraternity does not espouse the toxic ideals theyâ€™ve become synonymous with, but instead models a healthier path forward. To highlight this difference, Robbins compares the trajectory of a freshman named Jakeâ€”who is initially skeptical of frat life but ultimately succumbs to its appealâ€”to that of a sophomore named Oliver, a chapter president struggling to lead his fraternity away from stereotypes.

She draws a distinction between â€œfrat guysâ€� and the â€œgentleman fraternal manâ€� in which Jakeâ€™s â€œbrothersâ€� represent the former (encouraging hazing and degrading women) and Oliver embodies the latter in his determination to manage parties, crack down on hazing, discourage homophobia, and respect women. Oliverâ€™s fraternity, Robbins writes, â€œwas relatively healthy partly because it didnâ€™t emphasize hypermasculinity,â€� and that â€œthe brothers were exposed to a variety of productive masculine expressions such as hard work, passion for hobbies, and individualism.â€� Robbins points out that prioritizing â€œwork as a measure of masculinity,â€� as the â€œbetterâ€� fraternities do, has been shown to decrease heavy drinking. Whatâ€™s less interrogated though is what makes such expressions distinctly â€œmasculineâ€� or when the imperative to be productive or gentlemanly might veer into hypermasculinity.

The framing also risks creating a Kavanaugh-esque binary of â€œchoir boysâ€� and â€œfrat boys,â€� which can obscure the reality that all men are socialized under patriarchy to seek dominance and fear association with femininity. The haziness about what redefining masculinity really encompasses, which isnâ€™t unique to Robbinsâ€™s book, has been interpreted by conservative critics as evidence of the movementâ€™s foolishness. After the American Psychological Association unveiled guidelines for leading men and boys away from â€œtraditionalâ€� masculinity, New York Times opinion columnist Ross Douthat wrote a piece called â€œIn Search of Non-Toxic Manhoodâ€� wherein he worries that the baby is being thrown out with the bathwater. Douthat argues that society has always had to contend with the â€œdark sideâ€� of menâ€”â€œby channeling, sublimating, and containing male aggressionâ€�â€”but that insisting on eliminating all â€œmale archetypesâ€� will leave us with fewer gentleman and more â€œmale-feminist cadsâ€� who simply employ â€œsofter forms of exploitation.â€� And heâ€™s not alone in arguing that masculinity can be contained but cannot exist apart from its toxic elements. 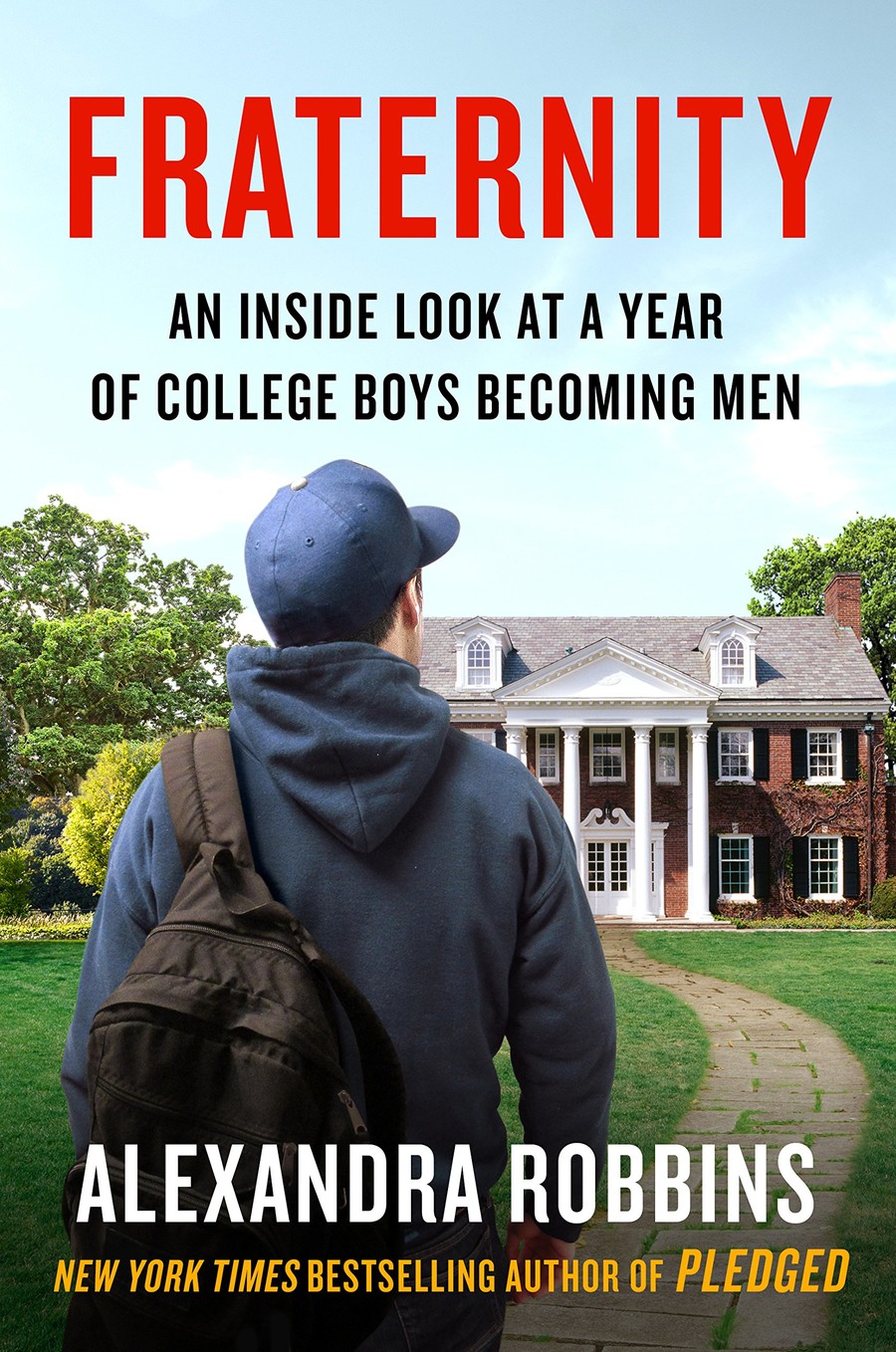 Fraternity: An Inside Look at a Year of College Boys Becoming Men by Alexandra Robbins (Dutton)

The question of whether heâ€™s right is one Fraternity isnâ€™t intended to answer. Instead, Robbins finds reason for hope in the pursuit of â€œbetterâ€� manhood by predominantly white, straight, conservative men who are able to influence and inspire each other. In a recent essay for The Nation, Collier Meyerson points to an underlying contradiction in this approach by linking the roots of American masculinity to the toxic roots of the country itself. Meyerson notes that the conception of manhood among white middle-class men slowly shifted from a concern with civility to an emphasis on independence, and then male power in the 1800s as they faced new economic, racial, and gender anxieties. This last shift was another way of defending white supremacy:

â€œ[O]nce â€œmasculinityâ€� came around at the end of the 19th century, and Black men were fighting for â€œmanhood rights,â€� a new idea had emerged. White middle-class men were starting to see themselves as maintaining a universal male quality: savagery. But the way they separated themselves from their black counterparts, was to articulate that they had evolved more.â€�

In Fraternity, Robbins points out that five former members of an organized military company formed the first social fraternity, Kappa Alpha Society, in 1825 to rebel against the stuffy norms of their college, while simultaneously presenting themselves as elite. Subsequent fraternities, Robbins writes, â€œfollowed and represented the standards of masculinityâ€� of the time and defined themselves in opposition to everything that was deemed not masculine. Following the Civil War, this meant a greater emphasis on wealth, heteronormativity, and whiteness. When there was a push to diversify schools in later decades, most fraternities added clauses that excluded everyone who wasnâ€™t white or Protestant.

When Black, Asian, and other fraternities of color, as well as gender nonconforming, queer, or trans fraternity members, are discussed in the book, it is mostly to provide a comparison point to the perils of â€œbadâ€� fraternities. Research does show, for example, that Black men are less likely to celebrate binge-drinking and other stereotypical frat-house behavior. But the perception of these groups as models for white fraternities doesn’t tell the whole story either, and in some ways underlines how â€œcivilityâ€� remains a marker of manhoodâ€”especially for Black men who are so often seen as uncivil.

The key to shifting rape culture on campuses might just be in the hands of proactive fraternity members who are intent on reforming these troubled, powerful institutions.

Saida Grundy, author of the forthcoming book Manhood Within the Margins: The Making of Middle Class Masculinity at the Historically Black College for Men, explains in their study of â€œgender and class institutionalizationâ€� at Morehouse College: â€œWhere both the sociological literature and national discourse have repeatedly pointed to a cohort of young Black males as a national problem, this study found that respondents see themselves as having been made into men who are solutions to the problem.â€� Grundy observes that these men â€œlearn that masculinity is itself a limited resourceâ€� and that they must conform to a particular version in order to succeed.

Though Robbins only briefly touches on these experiences, the added scrutiny men of color and other marginalized fraternal men face underscores how the pursuit of so-called better manhood still lends itself to the same hierarchies of power that fraternities have long upheldâ€”which may be why they continue to draw in young men socialized to believe they need to be on top. The recent firestorm over the Gillette commercial illustrates the trouble with repairing something built from faulty parts: As the brand reshapes its famous â€œThe Best a Man Can Getâ€� slogan into a challenge to toxic masculinity, it presents what GOOD magazine calls â€œa chance for men to be better while still being men.â€� Though the ad encourages men to rebuke bullying and sexual harassment, Gillette, like Harryâ€™s Man Enough series, also reassures its customers that doing so doesnâ€™t mean theyâ€™ll lose their manhood, provided they continue buying the right razors.

The fact that reimagining masculinity is more palatable to straight cis men than embracing femininityâ€”or dreaming of a nonbinary futureâ€”suggests that this framing itself is precarious. If young men are joining organizations to become â€œbetter men,â€� perhaps the best advice they can be given is to not imagine themselves as heroes who will save masculinity, but to give up the pursuit altogether. After all, there have always been other paths to follow.

Read this Next: Dishonor Roll

by Andi Zeisler
Time's up for deniers of campus sexual assault.

Samsung Galaxy Note 10: News, features, and rumors I work on my iPad every day, and hereâ€™s what drives me nuts [Opinion]