Yesterday, the best women baseball players from 12 countries descended on Viera, Florida to participate in the Womenâ€™s Baseball World Cupâ€”the first time that the biennial tournament, which began in 2004, has come to the United States.) The U.S. Womenâ€™s National Baseball Team is far from a household nameâ€”many of its players were unaware of its existence prior to trying out, and had never played baseball with other women. In her 2015 book, A Game of Their Own: Voices of Contemporary Women in Baseball, Jennifer Ring calls the USWNT â€œthe best kept secret in sports.â€� These women can really play ball, but nobody knows it.

According to the nonprofit organization Baseball For All, more than 100,000 girls play youth baseball in the United States, but only 1,000 girls continue to play at the high-school level. The gradual decrease of girlsâ€™ participation in baseball speaks to systemic exclusion, which includes rerouting girls into softball. The lack of visibility for women baseball players is only exacerbated by the little-known nature of the U.S. Womenâ€™s National Baseball Team and the WBWC, both of which receive almost no media attention in the United States. (During the 2010 tournament in Venezuela, a stray bullet struck a member of Chinaâ€™s team while she was on the field, and American media still didnâ€™t cover it.) The WBWC is so marginalized, in fact, that Jared Diamond, a national baseball writer for the Wall Street Journal, didnâ€™t know about the tournament until he received a press release in May.

The tournament comprises 50 games played between August 22 and August 31, with the United States, Japan, Canada, Australia, Cuba, the Dominican Republic, Venezuela, Chinese Taipei, Korea, Puerto Rico, the Netherlands, and Hong Kong participating. Though the tournament wonâ€™t be broadcast on a major U.S. network, it will be livestreamed on the WBWCâ€™s website. Watching it is important, and not just because the baseball will be phenomenal: Viewership numbers can send a message that thereâ€™s a demand for womenâ€™s baseball, which in turn can help grow the sport, give the players the recognition they deserve, and make space for the next generation of female ballplayers.

Here are three reasons why the WBWC is worth your attention: 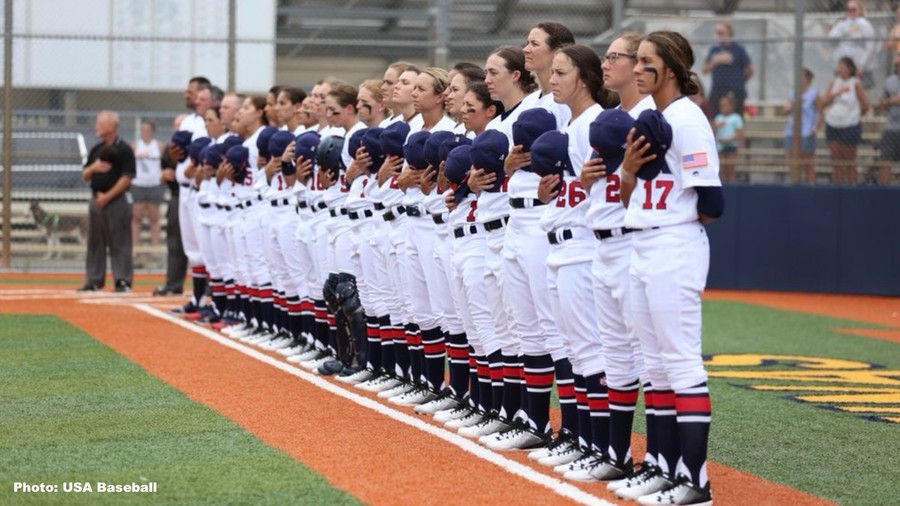 â€œGiven the better organization of [other countriesâ€™] programs, it is admirable, if surprising, that the American team has stayed as competitive as it has,â€� writes Ring. Though the U.S. Womenâ€™s National Team placed first in the 2004 and 2006 Womenâ€™s Baseball World Cup tournaments, theyâ€™ve been unable to dominate in recent years simply because other countries are investing more in womenâ€™s baseball.

In America, girls play baseball with boys until theyâ€™re about 12 years old; once they age out of Little League, however, their opportunities to play significantly decrease. Thatâ€™s the time when many players switch to softball or drop out of the sport altogether. As Ring notes in A Game of Their Own, thereâ€™s no feeder system from Little League to the USWNT. Many of the players on the national team come from a softball background. The similarities between the two sports mean that softballers can quickly learn the ins and outs of baseball, but thatâ€™s not the same as having a program dedicated to developing women ball players.

The U.S. team will be going for gold on their home turf

The 2018 U.S. team is anchored by several veterans, including 11 players who won gold medals in the 2015 Pan American Games. Infielder Malaika Underwood, the eldest member of Team USA, will be playing in her ninth international baseball event (the most for any player of any gender in USA Baseball.) This will be Underwoodâ€™s sixth appearance at the WBWC. Other veterans include pitchers Marti Sementelliâ€”who joined the team in 2008, when she was 15â€”and former Sonoma Stompers players Stacey Piagno and Kelsie Whitmore. This team will have a chemistry and familiarity that comes from playing together in the past, and are also adding several younger players who can inject some fresh energy into the team, including infielder Ashton Landsdell and pitcher Emily Tsujikawa.

The biggest question going into the tournament is: Can any team beat Japan? Since 2009, the country has maintained a Womenâ€™s Baseball League, and that plays a big role in their dominance on the international stage; the team is chasing its  sixth consecutive title at this yearâ€™s WBWC, led by pitcher Ayami Satio, the 2014 and 2016 WBWC MVP. â€œItâ€™s not a coincidence that Japan has dominated the Womenâ€™s World Cup when the top Japanese players get to play many more games because of the JWBL,â€� J.J. Cooper, executive editor of Baseball America magazine, told the Japan Times. â€œThere is no equivalent in the United States or elsewhere.â€�

That said, Australia has been expanding its womenâ€™s baseball program over the last several years, with each Australian state having its own womenâ€™s baseball program, so they could pose a threat. And keep an eye on Canada, the 2017 WBWC runner-up. Currently, the United States is ranked third behind Japan and Canada, respectively. And â€œfollowing the success and bronze medal of our Womenâ€™s National Team in 2016, a new womenâ€™s baseball league was formed, and this has increased the number and quality of female players in Venezuela,â€� Venezuelan Baseball Federation (FEVEBE) President Mrs. Aracelis Leon said in a statement.

This tournament is shaping up to be a battle for the ages. You wonâ€™t want to miss it.