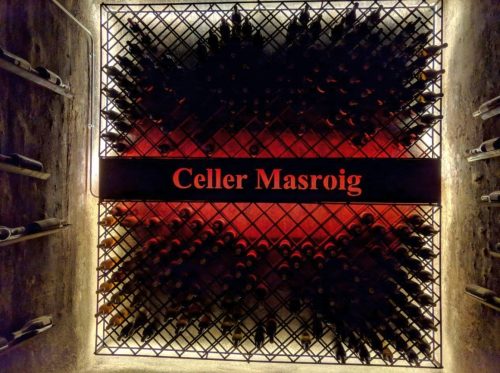 El Masroig is quaint enough to be named (in Catalan, of course) “red country house” (most likely from the red clay soils that dominate this area of Priorat country), and small enough to sport a population of about 500 people, the vast majority of whose families live off of the farming of grapevines and olive trees.

In even quainter non-ironic fashion, El Masroig is home to Celler Masroig, a winery founded in 1917 as a co-op that’s now run by just over 25 employees, and – somewhat ironically given all of the above – is easily one of the largest producers in the area at five hundred thousand bottles per year, farming from about 500 hectares of vines.

Even more ironically, given their size, at the time of this writingÂ Masroig has yet to gain a sales foothold in the States. That’s a shame, and is a scenario that needs quick correction, because they’re making the excellent crafting of one of the wine world’s most underrated red grapes – Carignan – look downright easy… 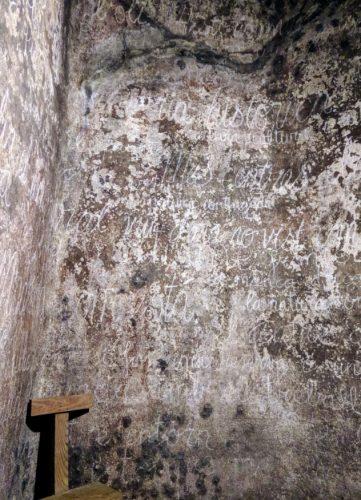 It’s the clay-based soils here that are probably the key to the local Carignan (and, to some extent as we’ll see below, to Grenache Blanc) magic; clay retains moisture, and rainfall in this sunny little Priorat spot is pretty low. Not only that, but the clay acts reflectively, bouncing back sunlight onto grapes on the vine. The Mestral and GarbÃ­ winds that blow in also help to keep things even drier than they already are, so the circus trick here is keeping the overall grape ripeness tamed. As I discovered on a media jaunt to the region, Masroig has pretty much mastered that trick: 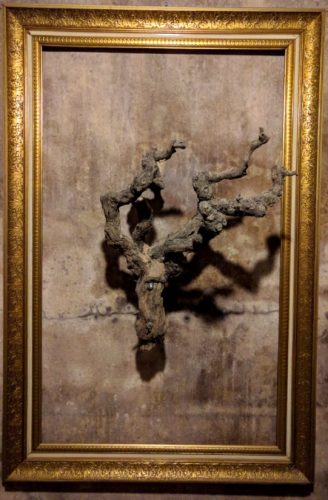 Minimalist artwork on display at Masroig

Generally, they try to pick Garnacha Blanca early in these parts, to help keep it from getting too boozy. It’s a thin line on which Masroig has executed an enviable balancing act with their Les Sorts label; it’s a heady, tropical, toasty white that also manages to show off stone/mineral and citrus notes. There’s no denying its ample sense of power, mind you, and I wouldn’t call this one a thirst-quencher, but the combination of deft winemaking and viticulture, along with 40-60 year-old vines and touches of battonage make this a serious – and seriously good – sipper. You’ll want crustaceans. Trust me. 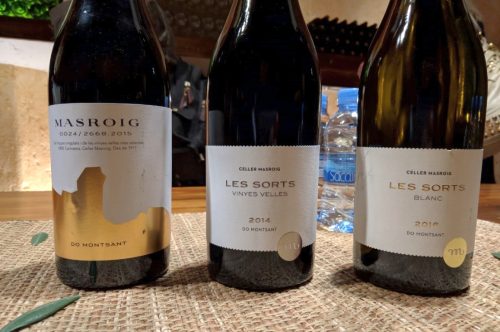 The red Les Sorts is a deep, mineral, brambly, and thoroughly juicy mix of mostly Carignan, with fifteen percent of Garnacha thrown in for good measure. Much of the fruit comes from vines that are up to 110 years old, which I think explains the wine’s concentrated core. The dark color suggests what you’ll get in the glass, but it’s important to note that the chewiness, spicy licorice, and powerful, plummy palate are balanced by notes of violets, herbs, and a vibrancy that lasts into a long finish. Don’t worry; you’ll know your near Priorat when the power behind this hits you. Hard. 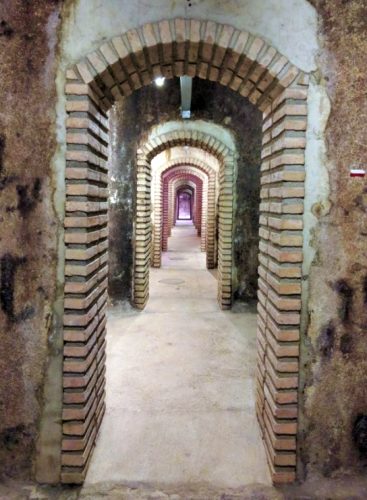 This little package of ass-kicking red is crafted from Carignan taken from two vineyard sites, and aged in 2000-liter foudres. No one has any business drinking this young, wild, and free wine right now; it’ll need a few years in repose to calm its butt down. There’s a depth of plummy fruit here that’s almost frightening, with more amiable notes of licorice, brambly herbs, sweet plums, dark cherries, and spices on top. The palate is predictably juicy, but has surprisingly delicate edges to its texture. This is what old-vine Spanish Carignan really ought to be, and requires an adventurous drinking spirit.

Copyright Â© 2016. Originally at There’s A Red House Over Yonder (Masroig Montsant Recent Releases) from 1WineDude.com
– for personal, non-commercial use only. Cheers!