To All the Double Standards Weâ€™ve Seen Before

To All The Boys I've Loved Before | Official Trailer [HD] | Netflix

More than three weeks after its release, thereâ€™s still a lot of online buzz about To All the Boys Iâ€™ve Loved Before. There are talks of a potential sequel, Twitter and Reddit users are renaming the movie based on their own high-school experiences, Yakultâ€”the yogurt shown in the filmâ€”is flying off the shelves, and Peter Kavinsky (Noah Centineo) is now, officially, the internetâ€™s boyfriend. Netflixâ€™s popular romantic comedy, based on Jenny Hanâ€™s bestselling 2014 novel, follows half-Korean, half-white teenager Lara Jean (Lana Condor) after the five love letters she wrote (but never sent) to boys sheâ€™s crushed on are mysteriously mailed to them. Hilarity ensues when Lara Jean begins â€œdatingâ€� Kavinsky to make his ex-girlfriend Gen (Emilija Baranac) jealous and keep her sisterâ€™s ex-boyfriend Josh (Israel Broussard) at armâ€™s length after he receives one of her letters.

By all accounts, To All the Boys Iâ€™ve Loved Before appears to be a win for Asian American representation: Condor is one of the few Asian women, outside of Constance Wu and Parminder Nagra, to be cast as the lead love interest in an American romantic comedy. Plus, Kavinsky doesnâ€™t demand Lara Jeanâ€™s love; he earns her affection through respect and high-level, albeit unrealistic, emotional maturity and intelligence. Yet many Asian American men and women feel that the film doesnâ€™t truly represent them because none of Lara Jeanâ€™s love interests are Asian American. Recently, ProAsian Voices started the #AsianLove campaign because â€œthe phenomenon of white men-Asian women couplingsâ€� is so pervasive in media.

In an accompanying blog post, writer Ji Xian argued that To All the Boys Iâ€™ve Loved Before â€œframed whiteness as idealâ€� by not having Lara Jean send a single letter to an Asian American man. Given Hollywoodâ€™s long history of emasculating Asian men, itâ€™s understandable that Asian Americans desire better representation in love stories. Take, for instance, Sixteen Candles, John Hughesâ€™s classic â€™80s rom-com that racistly caricatured Long Duk Dong (Gedde Watanabe) or white-savior movies like The World of Suzie Wong (1957) and Miss Saigon (1991) that have shown Asian men as villains who Asian women must be saved from. However, the criticism of Lara Jeanâ€™s love interests seems to be rooted in a double standard: Itâ€™s acceptable for Asian menâ€™s stories to exclude Asian women, but the opposite is intolerable.

The very idea that every film featuring an Asian woman should include an Asian love interest reinforces the misguided notion that Asian women â€œbelongâ€� solely to Asian men. Recently, thereâ€™s been an increase in the number of Asian and Asian American male leads on TV and in film: Henry Golding in Crazy Rich Asians, Hayden Szeto in The Edge of Seventeen, Kumail Nanjiani in The Big Sick, Ryan Potter in Running for Grace, John Cho in ABCâ€™s Selfie, Ricky He in the Disney Channelâ€™s Freaky Friday, Vincent Rodriguez III in Crazy Ex-Girlfriend, Manny Jacinto in The Good Place, Sung Kang in the Fast and the Furious films, and Aziz Ansari in Master of None. Instead of being seen as meek, asexual, or controlling, these leading men are charming, funny, and desirable, which can change the tide for how Asians are perceived and treated onscreen and in real life.

Many of these TV shows and movies have been praised for their portrayal of Asian men, and were either never questioned for excluding Asian women as love interests or avoided the criticism altogether. Unlike the bookâ€™s author Jenny Han and the movieâ€™s star, many of these Asian male showrunners and actors werenâ€™t asked about their â€œresponsibilityâ€� to include Asian women as romantic leads. In The Big Sick and Master of None, Asian women are stereotypically portrayed in salwars and fake accents, and theyâ€™re rejected by Kumail Nanjiani and Aziz Ansariâ€™s characters, but Lara Jean is a different kind of Asian American character.

In the past, many westernized films often depicted Asian women as weak and submissive or as the overly sexualized Dragon Lady or Lady of the Night who must be rescued by a â€œwhite savior.â€� Those sort of portrayals have fueled fetishism and â€œyellow fever,â€� which according to the Japanese American Citizenâ€™s League, â€œdehumanizes Asian women and contributes to a culture where sexual violence against Asian women is normalized.â€� Lara Jean doesnâ€™t fall into any of these stereotypes; she and her sisters are average American teenagers who have messy rooms, uncomfortable encounters with classmates during lunch, and high-school crushes. 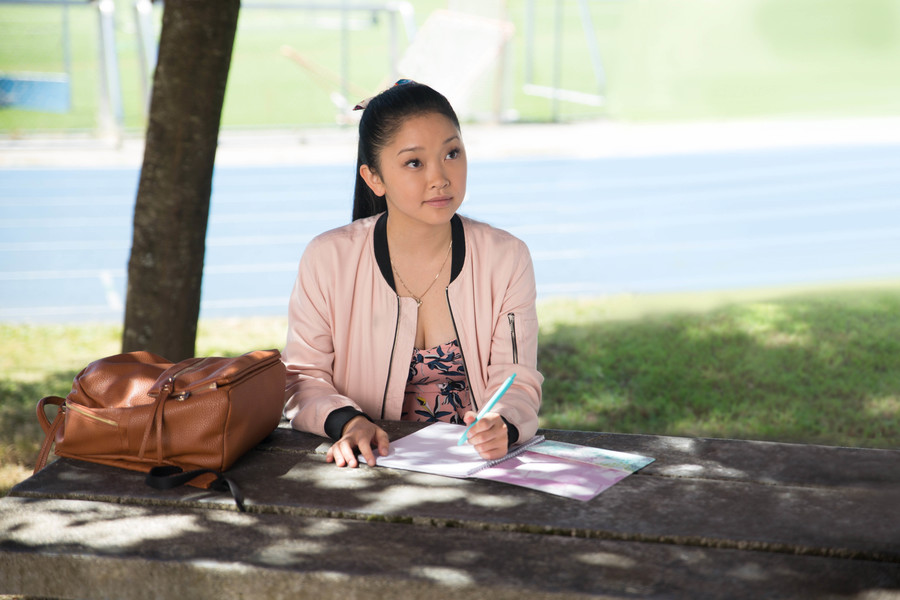 Lara Jean, who used to live in a fantasy, becomes the heroine of her own story by taking control of her emotions. After losing her mother, Lara Jean maintains a tight-knit circle of friends and family, and only really lives when she escapes into rom-coms and romance novels, but her all-for-show relationship with Kavinsky forces her to confront her feelings. Initially, Lara Jean begins retreating from the relationship â€œbecause if it wasnâ€™t real, then I didnâ€™t lose anyone,â€� but when she and Kavinsky have their first big fight, she realizes that hurt shouldnâ€™t derail her ability to get close to new people. Their breakup forces her to confront the one thing she fears mostâ€”drivingâ€”and it also pushes her to finally express her feelings without fear of rejection.

Lara Jean doesnâ€™t wait for Kavinsky to come crawling back to her. Instead, she drives her own chariot, as scary as it is, to win back the boy she loves. She doesnâ€™t need a savior. She saves herself. Instead of being a supporting character who progresses the white protagonistâ€™s storyline or being the token Asian character, Condor got to be the romantic lead in a movie where stereotypes are dispelled. Isnâ€™t that a win worth celebrating, no matter who Lara Jean ends up dating? I recently interviewed John Cho for The Nerds of Color about when weâ€™d see more Asian onscreen representation, and he said â€œWe [as Asians] donâ€™t dream big enough. We sort of feel that ceiling. So, our dreams go right before the ceilingâ€”to the sprinklers. And, we donâ€™t think above it.â€�

It has been so rare to see Asian or Asian American actors lead major Hollywood stories, especially rom-coms, but a new generation of movies is now following Choâ€™s advice and dreaming bigger with more diverse love stories. Now, thanks to films like To All The Boys Iâ€™ve Loved Before, The Edge of Seventeen, and Running from Grace, Asian American teenagers can see dimensional versions of themselves onscreen who are worthy of falling in love, no matter who they end up with. 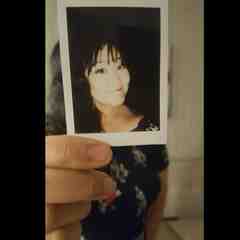 Laura Sirikul is a freelance writer, cosplayer, and researcher based in Los Angeles, CA. Find her on Twitter @lsirikul