Toni Morrison Is the Source of Her Own Self-Regard 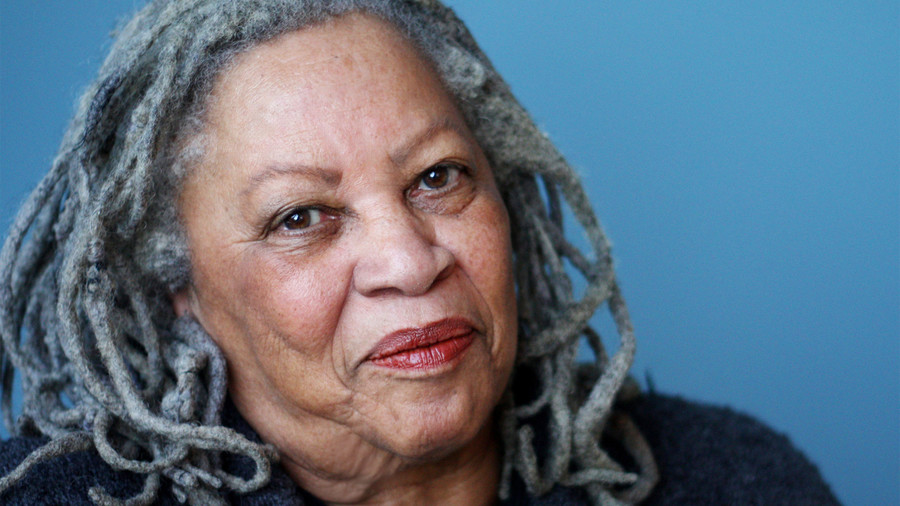 Toni Morrison, the only Black woman with a Nobel Prize in Literature and a Pultizer Prize in Fiction (Photo credit: Michael Lionstar)

Toni Morrison began writing her seminal debut novel, The Bluest Eye, more than 40 years ago as a way to cure her own loneliness. â€œI never planned to be a writer,â€� she told Jane Bakerman in a 1978 interview in Black American Literature Forum. â€œI was in a place where there was nobody I could talk to and have real conversations with. And I think I was also very unhappy. So I wrote then, for that reason. And then, after I had published, it was sort of a compulsive thing because it was a way of knowing, a way of thinking that I found really necessary.â€� At the time, Morrison, born Chloe Anthony Wofford, was a single mom living in Syracuse, New York, and working as a textbook editor for Random House. â€œIn time, writing became a way to â€˜order my experience,â€� she said, according to an 1987 annotated bibliography of her work. â€œItâ€™s always seemed to me that Black peopleâ€™s grace has been with what they do with language.â€�

Morrisonâ€™s newest collection, The Source of Self-Regard: Selected Essays, Speeches and Meditations, demonstrates the same pragmatic and spiritual vision that weaves throughout her award-winning novels and her prescient nonfiction. The title is typical Morrison: An enigmatic, subtle, and powerful proclamation that also invokes a question. What is the source of self-regardâ€”for me and for her? â€œA writerâ€™s life and work are not a gift to mankind; they are its necessity,â€� she writes in what reads as the bookâ€™s sole prologue, â€œPeril.â€� Itâ€™s one of the many answers that Morrison offers within the bookâ€™s 368 pages.

That the book is being released during Black History Month feels like a given, but the fact that is Morrison is turning 88 the week after indicates that this might be one of her last major works. While reading it, I was struck by the prospect of losing such an important writer, whose workâ€”particularly cherished among Black women writersâ€”is outlined in these pages. The Source of Self-Regard is divided into three sections that span four decades of Morrisonâ€™s previously published essays and speeches, so it would be impossible to write about each section without writing a book of my own. But a few essays and speeches, about the importance of protecting writers and artists who are working under an increasingly alarming amount of threats; what it means to be a foreigner; a media environment that exploits information as entertainment in what she referred to during the O.J. Simpson trial as an â€œage of spectacle;â€� and notes on her writing process, particularly resonated with me.

The third section of the book, â€œGodâ€™s Language,â€� begins with the most beautiful piece of writing I have ever readâ€”the eulogy Morrison delivered at James Baldwinâ€™s funeral on December 8, 1987. It is also the closest glimpse weâ€™ve had into Morrisonâ€™s personal relationships. Morrison lays her heart bare for a friend in a short poetic jubilee thatâ€™s reminiscent of Smokey Robinsonâ€™s recent speech at his childhood friend Aretha Franklinâ€™s homegoing service.

â€œJimmy, there is too much to think about you, and much too much to feel,â€� she begins. â€œThe difficulty is your life refuses summationâ€”it always didâ€”and invites contemplation instead. Like many of us left here, I thought I knew you. Now I discover that, in your company, it is myself I know. That is the astonishing gift of your art and your friendship: You gave us ourselves to think about, to cherish.â€� Morrison might as well be speaking about herself. For me and many other writers, Morrison demonstrates how to be in a world thatâ€™s committed to your destruction. â€œYou gave me a language to dwell inâ€”a gift so perfect it seems my own invention,â€� she continues.

Throughout the book, Morrison reveals herself to be a teacher-student who is not just giving readers information that theyâ€™re expected to take in and regurgitate. Instead, sheâ€™s a â€œliterary homegirlâ€� (a phrase that she actually uses in the text). Referring to a friend as a â€œhomegirlâ€� implies a sense of ease in the presence of someone who knows and loves us, who evokes in us the joy, relaxation, comfort, and depth we typically only associate with home. Home is where we learn who we are, if not who we will become. Home is the starting point. In the title essay, delivered in Portland in 1992, Morrison explains how she viewed self-regard while writing her Pulitzer Prize-winning novel Beloved. Morrisonâ€™s lecture deeply resonates with me because it gives context for arguably her most famous work, which at its heart, offers Black women an artistic vision of our liberation.

â€œIn Beloved, I was interested in what contributed most significantly to a slave womanâ€™s self-regard,â€� Morrison writes. â€œWhat was her self-esteem? What value did she place on herself? And I became convinced, and research supported my hunch, my intuition, that it was her identity as a mother, her ability to be and to remain exactly what the institution said she was not, that was important to her.â€� This is a subtle description of what we would now call resistance or subversive behaviorâ€”a Black woman reclaiming her identity from those who told her that she did not deserve to possess herself or her children. 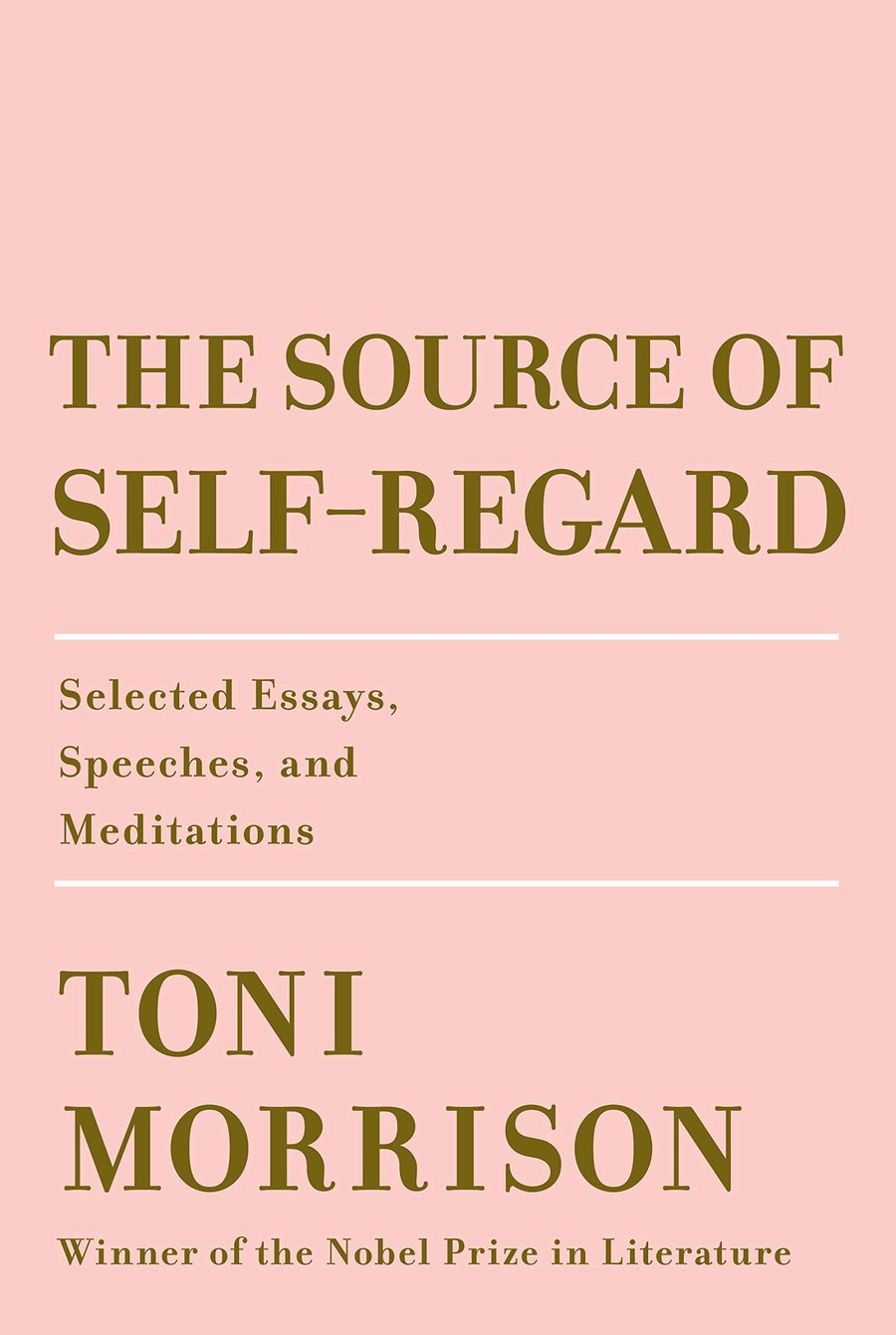 The Source of Self-Regard: Selected Essays, Speeches, and Meditations by Toni Morrison (Knopf)

On the persistent gulf between Black and white feminism, Morrison takes on what would later come to be known as â€œintersectionality,â€� a term coined by KimberlÃ© Crenshaw in 1989â€”the same year she delivered her â€œWomen, Race and Memoryâ€� lecture. Describing a 45-year-old veteran named Harriet Tubman who requested three yearsâ€™ back pay from the federal government in 1868, Morrison details another persistent question for all feminists: â€œHow can a woman be viewed and respected as a human being without becoming a male-like or male-dominated citizen?â€�

The answer, she explains, aligns with what sheâ€™d said 30 years ago: Despite the fact that â€œin this country, womenâ€™s liberation flowered best in the soil prepared by Black liberation,â€� itâ€™s also true that â€œchief among these reasons is our (womenâ€™s) own conscious and unconscious complicity with the forces that have kept sexism the oldest class oppression in the world.â€� So much of what we hear about oppression emphasizes placing agency in the hands of some external force. Morrison is saying that we canâ€™t internalize sexism, misogyny, racism, or other oppressions and inflict it on others.

Throughout The Source of Self-Regard I got the sense that Morrison has always been her own intellectual starting place. Perhaps it is this ease that allows a profundity and an erudite wit reserved for the sole Black woman in possession of both a Nobel Prize in Literature (awarded in 1993) and a Pulitzer Prize (1988). She describes, for instance, being her own first reader and editor, which goes against the common understanding that writers need the eyes of others in order to improve (and approve) their work. You might infer that sheâ€™s the source of her self-regard given that the book has no acknowledgments section. She writes as much, saying her oeuvre has been written in order to satisfy her own longings and curiosity.

The Source of Self-Regardâ€™s lucid, stunning prose offers not just a glimpse at a master novelistâ€™s and intellectualâ€™s inner workings, but lays bare the mantle which those of us who write might pick up. In her eulogy for Baldwin, she says: â€œYours was a tenderness, a vulnerability that asked everything, expected everything and like the worldâ€™s own Merlin, provided us with the ways and means to deliverâ€¦ â€˜Our crown,â€™ you said, â€˜has already been bought and paid for. All we have to do,â€™ you said, â€˜is wear it.â€™ And we do, Jimmy. You crowned us.â€� With this book, the Queen of American Letters has again blessed us with a work that is profound, soaring, intimate, and gives us permission to become the source of our self-regard.

Read this Next: â€œBeloved,â€� Black Women, and the Limits of Freedom

by Jenn Jackson
â€œBelovedâ€� is a touchstone for the complexities of todayâ€™s Black freedom struggle.

Can You Train Someone to Be More Engaged? US Secretary of State forced to deny claim Trump administration trying to cover up Jamal Khashoggi murder