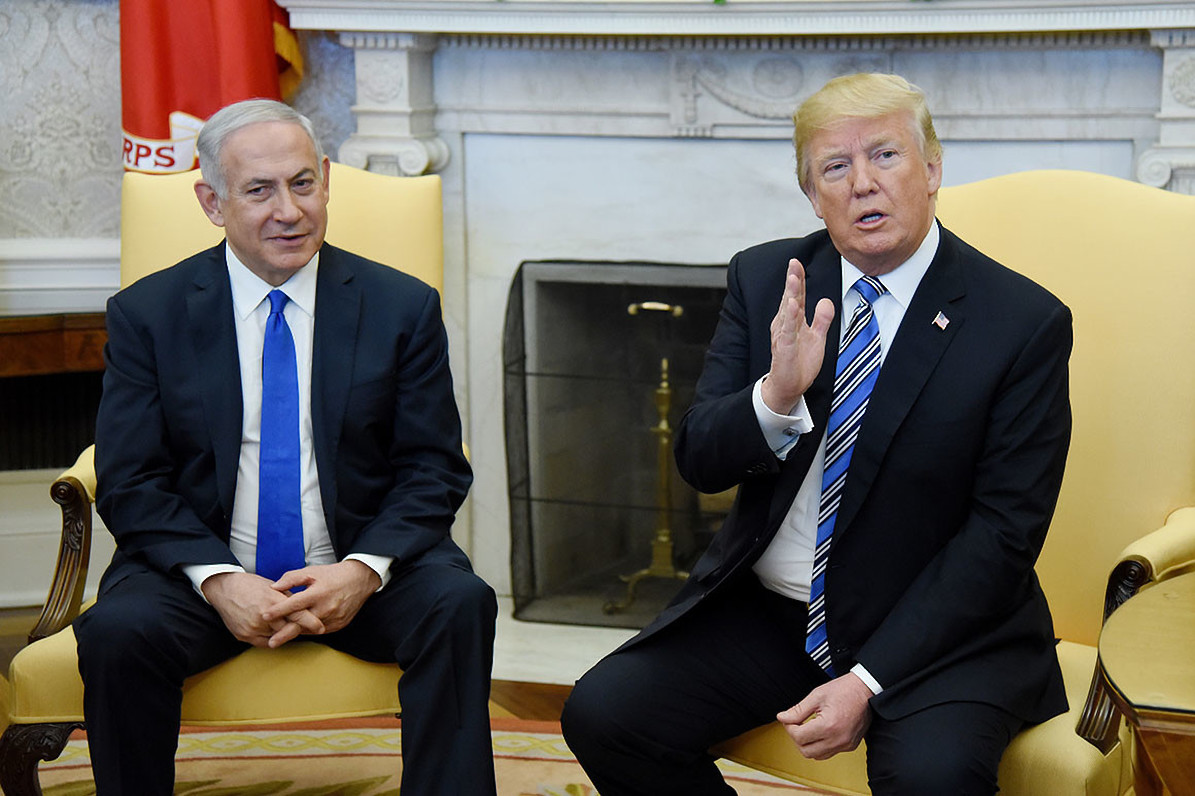 President Donald Trump announced Thursday that it is time for the United States to formally recognize Israelâ€™s sovereignty over the Golan Heights territory, which is internationally recognized as Syrian territory.

“After 52 years it is time for the United States to fully recognize Israelâ€™s Sovereignty over the Golan Heights, which is of critical strategic and security importance to the State of Israel and Regional Stability!” the president tweeted.

After 52 years it is time for the United States to fully recognize Israelâ€™s Sovereignty over the Golan Heights, which is of critical strategic and security importance to the State of Israel and Regional Stability!

“At a time when Iran seeks to use Syria as a platform to destroy Israel, President Trump boldly recognizes Israeli sovereignty over the Golan Heights,” he wrote.

According to a report by The New York Times, Netanyahu urged the United States to recognize Israel’s sovereignty over the area during a meeting with Secretary of State Mike Pompeo.

Netanyahu will directly meet with Trump at the White House on March 25 to discuss further issues in the Middle East. The prime minister will also attend a White House dinner on March 26.

When speaking to reporters on Thursday before Trump’s announcement, Secretary of State Mike Pompeo told reporters that the US administration “will make sure to get answers” before confirming full recognition of Israel’s sovereignty over the Golan Heights.

“I donâ€™t have anything to say about that.” he told reporters. “The administrationâ€™s considering lots of things always, and I try to make sure we get to answers before we talk about them publicly.”

Since the 1967Â Six-day War, the western two-thirds of the Golan Heights has beenÂ occupiedÂ and administered byÂ Israel, whereas the eastern third had remained under control of the Syrian Arab Republic.

It was later declared “null and void and without international legal effect” by the United Nations Security Council Resolution 497.

However, since the onset of the Syrian Civil War, the eastern territory controlled by Syria become a scene of battles between the Syrian Arab Army and Islamist and Jihadist factions.

Since the split between the government and opposition forces, the area was considered a buffer zone by the United Nations Disengagement Observer Force (UNDOF).