There's Something About Mary (1998) Official Trailer

Video of There's Something About Mary (1998) Official Trailer

This article appears in our Spring 2018 issue, Revenge. Subscribe today!

In junior high school, I attended a sleepover where I fell asleep while watching Thereâ€™s Something About Mary (1998), and because it was the sort of movie my parents would not have permitted me to see, I never finished it. Even then, doing so seemed like a waste of time. I was 13, after allâ€”my schedule was already filled with brooding and bad poetry. Fast-forward two decades, when my husband prepared a Farrelly brothers introduction for me, reasoning that Dumb and Dumber (1994) and Thereâ€™s Something About Mary share the prevailing theme of â€œcomedicâ€� stalking, and should therefore be viewed together.

Having emerged from this masturbatory hellscape, I can report (or just confirm) some of the Farrelly brothersâ€™ most cherished topics: 1) male genitalia, 2) male genitalia in distress, 3) murdering small- to medium-size animals, 4) mocking disabilityâ€”and any marginalized identity, really, 5) men stalking women without meaningful consequences, and 6) intense gay panic. In the context of Thereâ€™s Something About Mary, which is categorized as a â€œromantic comedy,â€� men stalking women without meaningful consequences is the most prevalent. Referring to this movie as romantic, whimsical, or even good-natured constitutes a first-order definitional crime, though the film smugly believes itself to be a love story and encourages its viewers to regard it as such.

Stalking, in the world of the Farrelly brothers, only constitutes dangerous behavior in the most extreme circumstances. More than likely itâ€™s the starry-eyed blunder of a man confounded by his own sexual awkwardness. But all is easily remedied throughâ€”what else?â€”a felicific relationship with the object of his fixation.  Accordingly, both Dumb and Dumber and Thereâ€™s Something About Mary chronicle the hyperbolicâ€”and intensely creepyâ€”efforts of men to pursue women who, for a myriad of reasons, have never been or are no longer interested in them. Dumb and Dumber frames the buffoonish duoâ€™s antics and overtures as harmless precisely because the men are so intellectually deficient.

The gaggle of stalkers populating Thereâ€™s Something About Mary possess at least basic mental capacities, but still, the film is reluctant to acknowledge the severity of sexually motivated privacy invasion. Thereâ€™s no surprise there: Humor that takes stalking seriously requires nimbleness and nuance that the Farrelly brothers lack; instead, they trade in crude jokes underpinned by the structurally misogynist â€œboys will be boysâ€� mythos. The protagonist of Thereâ€™s Something About Mary, Ted (Ben Stiller) meets the all-American Mary (Cameron Diaz) in high school, when, against all logic (Ted is a milquetoast doormat with a bad haircut), she asks him to the prom.

But poor olâ€™ Ted is the recipient of some bad luck. Before he and Mary depart for the dance, he catches his genitals in his zipper. He is then whisked to the hospitalâ€”after half the neighborhood takes a gander at his mangled packageâ€”and Mary slips out of his life. For the next 13 years, Ted seems to accomplish very little aside from nurturing an obsession with what might have been if not for his penile catastrophe. He hires the oily, conniving Healy (Matt Dillon) to track down Mary and report back with salient informationâ€”namely, is she still smokinâ€™ hot, and therefore worthy of pursuit? Healy develops his own infatuation and, after collecting sufficient information about Maryâ€™s interests, adopts a fake persona in hopes of wooing her. By the end of the film, there are no fewer than six men hovering over Mary, entreating her to choose themâ€”and five of those men have lied to her, stalked her, spied on her, or committed all three offenses (not to mention others ranging from bizarre to sexually abusive).

Ideally, Mary would respond by abandoning all six men, seeking out multiple restraining orders, and buying a villa in Tuscany where she can cavort with the lovers of her choice. Ted, meanwhile, would find a better therapist. Roll credits. There was never any chance that the film would end this way, and its title is the first clue. 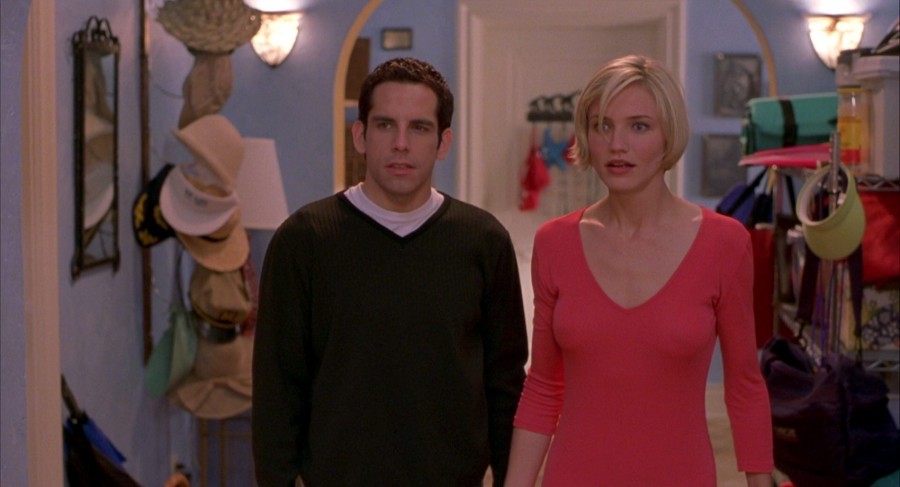 Ben Stiller as Ted and Cameron Diaz as Mary in Thereâ€™s Something About Mary (Photo credit: 20th Century Fox)

To claim â€œthereâ€™s something about Maryâ€� implicitly renders Mary culpable for the sexual frenzy churning about her, and it all but condones the menâ€™s behavior. Itâ€™s a cuter variation of the slut-shaming women experience at the hands of their abusers: â€œI couldnâ€™t help it. She looked so hot. Did you see what she was wearing?â€� That Mary returns to Ted after learning of his deceit and gesturing to her horde of ignominious suitors, tells him, â€œIâ€™d be happiest with you,â€� confirms what we already know: If a man like Tedâ€”deceitful and manipulative, but basically nonviolentâ€”recognizes the error of his ways, he is hailed as â€œone of the good ones.â€�

The film proceeds as if his character has been firmly reestablished and, for the most mediocre of penances, heâ€™s rewarded with the woman he has long treated as little more than a prize. Thereâ€™s Something About Mary doesnâ€™t summon the cozy nostalgia thatâ€”alasâ€”Dumb and Dumber seems to elicit. Generally, I hear it referred to disparagingly or even with disgust. Thatâ€™s the appropriate reaction. Yet contemporary cinema still disregards the boundary between romantic pursuit and flagrant stalking. In 2016, Julia R. Lippman, a postdoctoral fellow at the University of Michigan, conducted a study revealing that women who watch films like Thereâ€™s Something About Mary tend to regard romantic stalking as acceptable behavior.

They trade in crude jokes underpinned by the structurally misogynist â€œboys will be boysâ€� mythos.

Think too about Markâ€™s (Andrew Lincoln) antics in 2003â€™s Love Actually. Covertly videotaping his best friendâ€™s wife throughout their wedding and reception? Showing up at her doorstep on Christmas Eve with a stack of maudlin posters? Thereâ€™s Something About Mary appears to have aged poorly, but if you swap out the gross-out gags with Mariah Carey and London at Christmastime, we still reliably celebrate the very same behavior. During the credits, the cast of Thereâ€™s Something About Mary performs a whooping lip-synched sing-along to the Foundationsâ€™ pop classic â€œBuild Me Up Buttercup,â€� intended as a celebratory conclusion to a quirky romance.

Yet the lyrics tell a different tale, cementing the filmâ€™s position that women, not men, are sexual hazards: â€œAlthough youâ€™re untrue, Iâ€™m attracted to you all the more/ Why do I need you so?â€� When thereâ€™s just something about a woman, whatâ€™s a poor boy to do?â€� 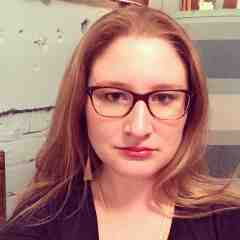 Rachel Vorona Cote is a writer in Washington, D.C. Her first book, Too Much Is Just Enough, is forthcoming from Grand Central Publishing. Find her on Twitter here.