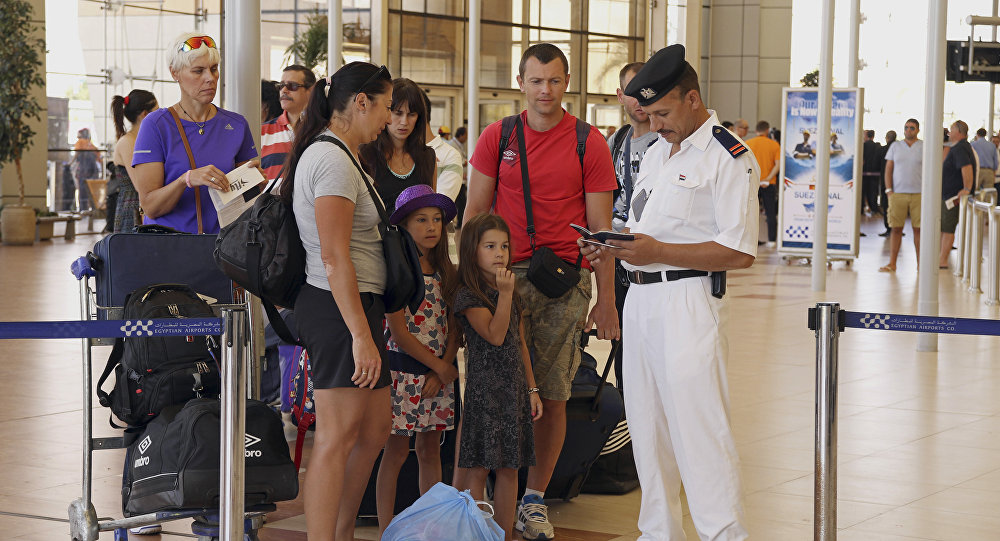 The official Foreign Advice section of the UK’s profile on Egypt has updated its list of advice and suggestions to warn its citizens from expressing their negative opinions.

”Publicising strongly negative opinions about Egypt or making political comments, including about the President or security forces, can cause trouble with the authorities. In some cases, derogatory comments on social media have led to custodial sentences,” reads the advice from the official website.

Earlier this month, the Egyptian Misdemeanor court sentenced Lebanese tourist Mona al-MazbouhÂ  to eight years in prison for posting a Facebook video defaming Egypt, as stated by her lawyer onÂ Reuters. The courtâ€™s decision will still be appealed on July 29.

In an official statement, the 24 year old was charged with spreading â€œfalse rumors which aim to undermine society and attack religionsâ€� as she aggressively criticized the country, and described Egyptians as â€œbeggarsâ€� and Egyptian women as â€œprostitutesâ€�. Mazbouh added that her anger in the video was sparked by an incident of verbal harassment she experienced in Zamalek, an upscale neighborhood in Cairo.

At the beginning of July, Thomas Cook announced that it will be bringing around 500,000 tourists to Egypt this year from various countries.

Moudy Shaer, Blue Sky Travelâ€™s chairman, announced that the company has experienced a 50% raise in tourists in the first half of 2018, where Marsa Alam and Hurghada exhibited the largest hike in bookings.

Three months ago, it wasÂ reportedÂ that Egyptâ€™s tourism was expected to soar in 2018, according to Egypt Independent, as the number of tourists from Great Britain was to increase.

Egyptian tourism suffered a heavy blow after the 2011 revolution, resulting in a sharp decline in the number of tourists by a total of 62% between 2011 and 2014, as some governments as well as travel agencies were concerned with the security situation in Egypt.

Tourism is a very important source for hard currency and employment for many Egyptians living in Sinai and other touristic destinations.

The popular airline, Thomas Cook, released its annual holiday report in April where it was revealed that bookings for holidays have increased to 89% compared to 2017. The number of Thomas Cook tourists for this year is currently approaching its 2015 figures.

The airline company also launched aÂ weekly flight from Bristol to HurghadaÂ with the first flight in May.

â€œWith over 40 UK flights a week, Egypt is once again a dream destination for hundreds of thousands of British tourists,â€� had stated British Ambassador to Egypt, John Casson, in a statement.