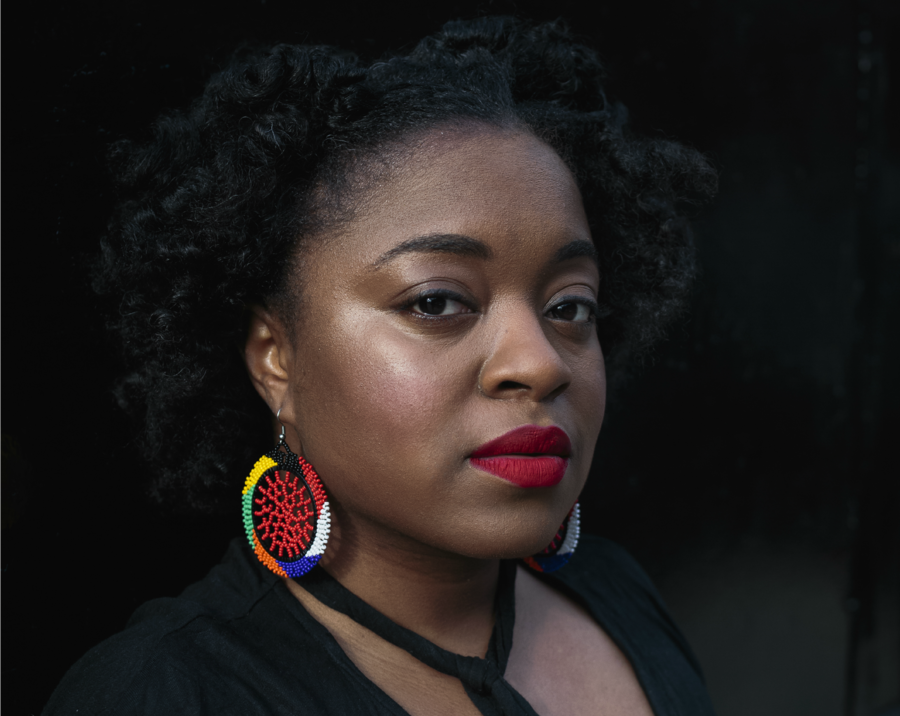 Young Black, queer, and women activists and organizers have become political icons in our complex social landscape. One such woman, Charlene Carruthers, has been solidifying her place as the Founding National Director of BYP100, a chapter-based member organization of Black youth between the ages of 18 and 35 who are â€œcreating justice and freedom for all Black people.â€� Carruthers joins a long line of Black women scholars and movement workers whoâ€™ve been fighting for Black liberation through collective action.

Carruthers can now add â€œauthorâ€� to her long list of titles, as her aptly titled book Unapologetic: A Black Queer, and Feminist Mandate for Radical Movements drops on August 28. Unapologetic gives both an honest and accountable history of Carruthersâ€™s experiences in BYP100 and a framework for understanding how we must move forward to ensure liberation for all people. In this interview, we discuss BYP100â€™s Black queer feminist ethos, Carruthersâ€™s vision for growing the liberatory work of Black youth, and what this mandate means for the radical possibilities of Black peopleâ€™s resistance.

In the book, you give a definition of the Black Queer Feminist Lens (BQFL). Help me understand why thatâ€™s so important and why you opened the book with that.

When I set out to write this book, it was very different from where I landed. I knew that there were maybe a couple of assumptions that many people could come in with as they read the book. So, I wanted to immediately start off [by] dispelling the dominant narratives about identity politics. I wanted to provide the theoretical and practical basis for what people [would be] reading, and really answer, or at least attempt to answer, some of the questions that have been lingering about BYP100â€™s ideology and our approach to movement building. I opened up the first chapter talking about elections because I didnâ€™t want to spend the rest of the book talking about elections. I wanted to start with the major themes to set up the basis for the rest of the book. 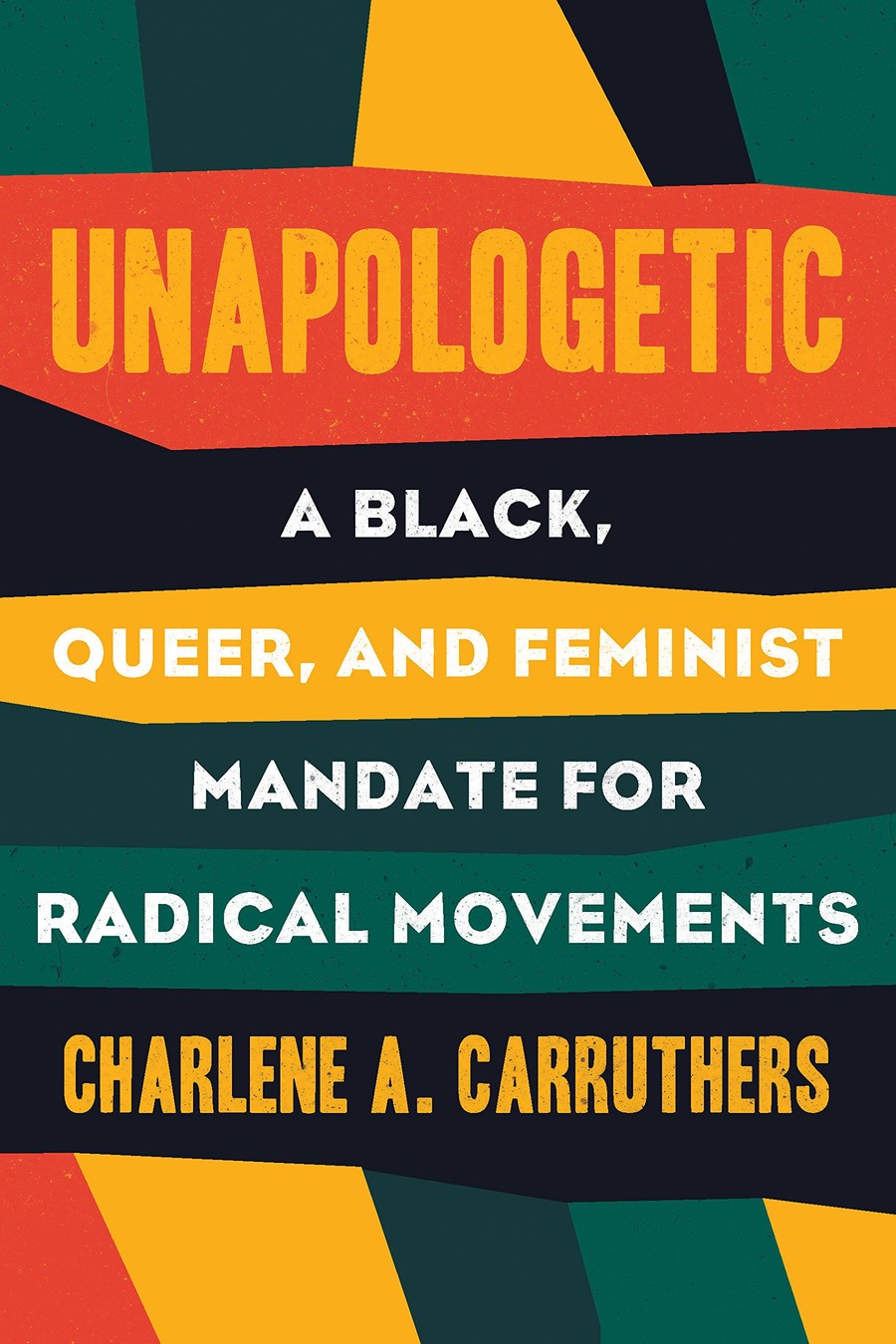 When you talk about patriarchy, capitalism, and anti-Blackness, you never talk about them as isolated from one another. This stands out in the chapter where you discuss reviving the Black radical imagination. You wrote, â€œOur work revisits the boundaries of gender and Blackness and challenges binaries of male or female, lesbian/gay/bisexual/queer or straight, and transgender or cisgender.â€� But that â€œnone of these binaries hold true when it comes to Black people, yet we must still confront and reconcile identities rife with contradictions.â€� Tell me more about that.

Oftentimes, even in organizing spaces where [we say] weâ€™re trying to dismantle the binaries, we still uphold binaries. And so much of the things weâ€™re taught in popular culture, mainstream intellectual work, and some of the far-left intellectual work doesnâ€™t hold true for Black people because we donâ€™t fit in one neat box. To be Black is to inherently live outside of binaries. Thatâ€™s just what it is. So when we talk about Black folks, we canâ€™t really play into those same tropes, [but] we have to continue [to be concerned with] how we engage with those things and how we act them out, even though our existence doesnâ€™t fit into binaries.

In your fourth chapter, you write about the three commitments that the movement and movement workers need to make: building strong leaders, adopting healing justice as a core organizing value, and combating liberalism with principal struggle. Since the book is written as a mandate, whatâ€™s your vision for those commitments? What do you hope to see next?

Oh, thatâ€™s such a good question. I sometimes have a tendency to not be as assertive with the work that I do and the work that Iâ€™ve done, so I wanted to be assertive with the ideas presented in this book so people donâ€™t see them as a recommendation or â€œyou should consider thisâ€� or â€œmaybe this might work.â€� I believe that if we [see] our work through a Black Queer Feminist Lens, we can actually move toward and be engaged in that work of collective liberation. I actually believe that. I also connected to Mary Hooksâ€™s mandate that many people resonate with the clarity of our assignments. This is about having clarity of our assignment while weâ€™re in this work and the way that weâ€™re in it.

To be Black is to inherently live outside of binaries

At its very basic boiled-down version, it means that everyone is able to live within their full dignity and be in right relationship with the land that we live on. Thatâ€™s what winning means. I wouldnâ€™t even say thatâ€™s the end post, thatâ€™s the ongoing project. Winning could mean nonreformist reforms or campaigns or policy victories that reduce the power of oppressive systems. Winning can mean that our communities, this community that I live in, have enough to eat. It could be that we have completely different systems of dealing with conflict, harm, and violenceâ€”and levels to it. When we talk about winning, itâ€™s collective; it canâ€™t be individual. We can have individual freedom, as I talk about in the book. But we canâ€™t have individual liberation, and we canâ€™t have this big thing of freedom if itâ€™s only one person.

What is it that you want Bitch readers to take away from your work and your book?

So, the one thing that I want people to take away from this book is that so much of what we must do lays in the work done by radical Black feminists and radical Black LGBTQ folks. And if we look to that work, from what has happened historically and what is happening right now, they [practice] so much of what makes up our North Star for what we should all be doing. Thatâ€™s the big thing. Our people have done it. Weâ€™re doing it now, and we need more people doing that work in that tradition.

Jenn M. Jackson is a doctoral candidate in American Politics with a focus on race, gender, and class. She is the co-host of That Black Couple, an accidentally funny podcast about the realities of Blackness and adult life. Jenn is also the co-founder and editor-in-chief of Water Cooler Convos, a platform where Black millennials talk. She muses on all things feminist on Twitter: @JennMJack. Or, you can read more at her website JennMJackson.com.