Welcome to the abnormalization of transportation

Bill Goodwin is the head of legal policy at Airmap.
Tyler Finn
Contributor
Tyler Finn is the policy manager at Factual.

Something odd is in motion in Los Angeles. On a recent day at the office, colleagues debated the merits of the Boring Companyâ€™s proposal to alleviate Dodger traffic via levitating tunnel pods. I stepped out for coffee in the afternoon and was almost run over by an elderly man on a dozen scooters, balanced precariously as he rebalanced dockless inventory. And that night, I sat in traffic on the 10 Freeway listening to commentators discuss Uberâ€™s ostensibly imminent eVTOL aircraft, while a venture capitalist friend rested his head in the sleeping compartment of a Cabin bus, carrying him back to Silicon Valley from Santa Monica.

Welcome to the abnormalization of transportation.

Even without hover-sleds and flying cars, the Los Angeles megalopolis is in the midst of a transformation in mobility. Neighborhoods from downtown to Silicon Beach have been carpeted in scooters and bikes. The Uber and Lyft revolution faces competition from the various dockless two wheelers and Viaâ€™s ridesharing as a service, launching in Los Angeles soon. Flixbus, looking to expand out of European dominance, targeted LA as its hub for inter-city private bus service. And Cabinâ€™s luxury sleeper bus has been offering a premium alternative to Megabus to and from the Bay Area for months. 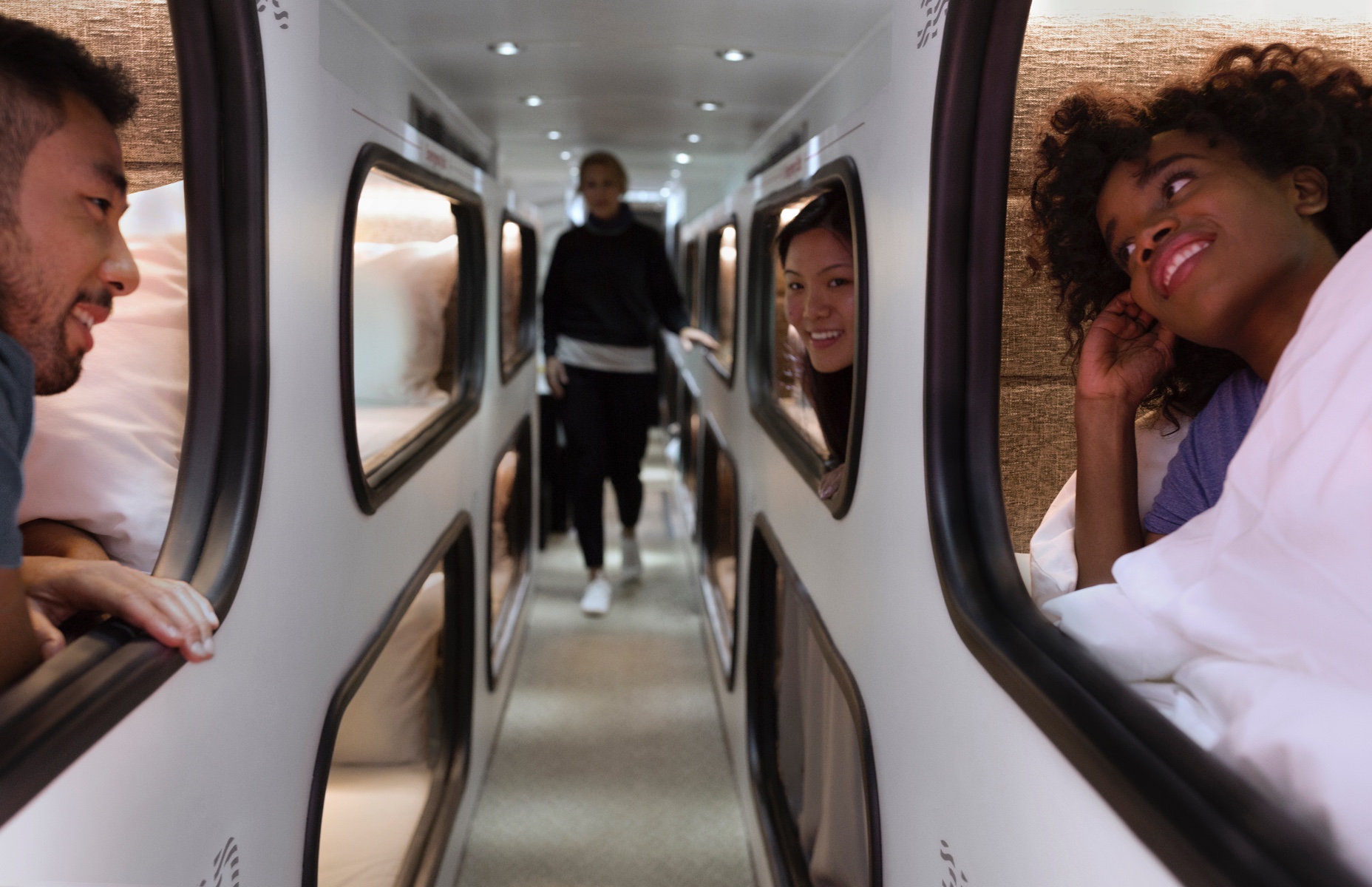 Los Angeles is far from the exception. Autonomous cars are driving people to and from school in Arizona, senior citizens around retirement homes in Florida, and a small army of journalists in an endless loop around Northern California. Starshipâ€™s delivery bots have rolled through more than 100 communities, and Kroger shoppers can let Nuro bring them the milk in Scottsdale today. And drone companies from around the world are vying for permission to replace vans and bikes with quadcopters for just-in-time deliveries, while nearly three dozen cities have signed onto the Urban Air Mobility Initiative to make flying cars a reality.

If even a fraction of the promise of this technology comes to pass, the movement of things and people in cities will be both bizarre and beautiful process in the near future.

Yet we fear that this future may not be realized if start-ups are given the red light by well-meaning regulators. As the cities of the world experience a shakeup they havenâ€™t seen since the subway, we have three ideas to help policymakers bring about more equitable, efficient, and environmentally friendly transportation systems, and answer a fundamental question: how on earth do you plan for a future this wild? 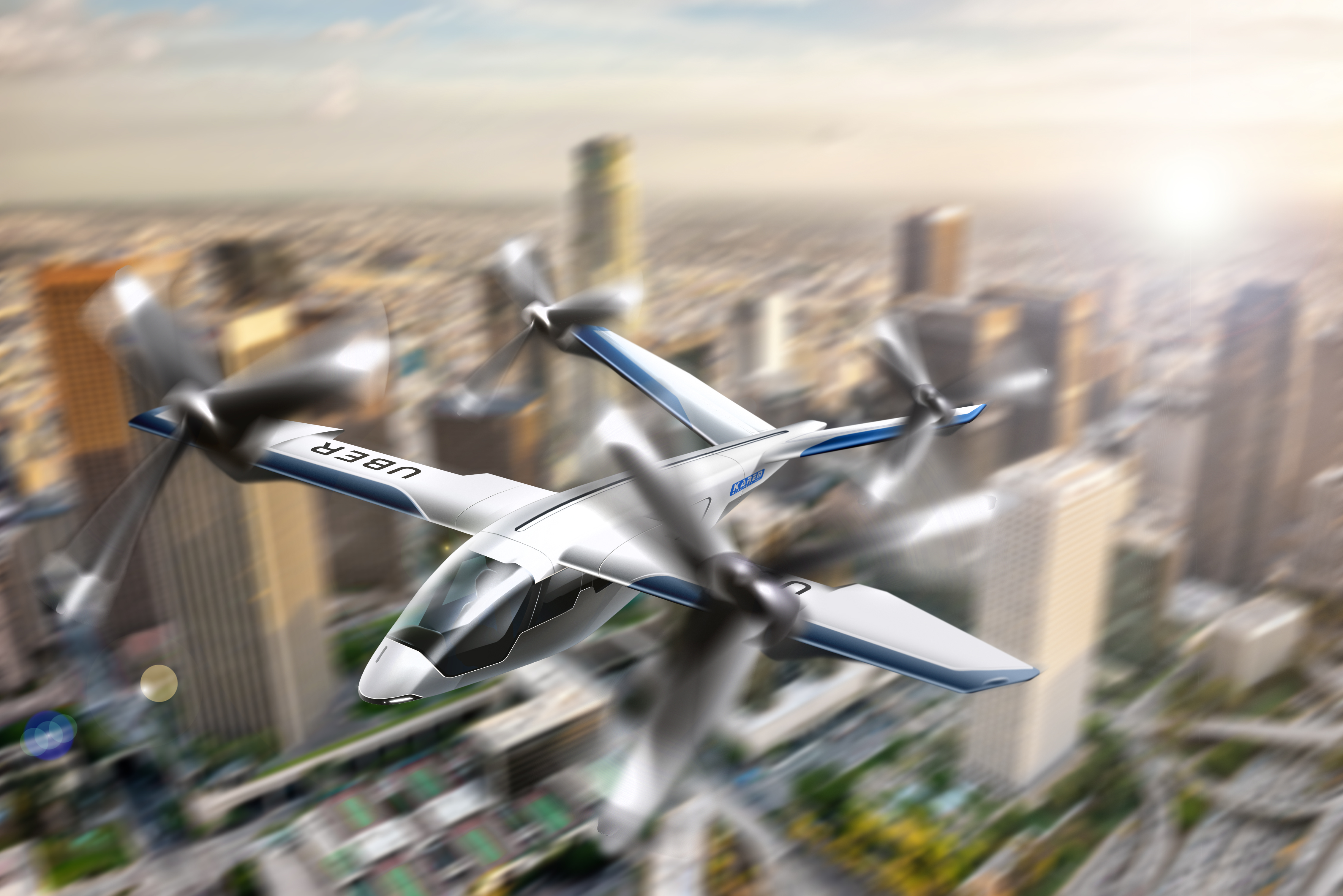 Itâ€™s far from clear how these transformative, and multi-modal, technologies will fit together. Equally uncertain is the right framework to govern this puzzle. Proscriptive solutions risk killing innovation in its infancy. The solution is to encourage regulatory sandboxing. Regulatory sandboxes are mechanisms to allow emerging technologies to operate outside the constraints of normal regulations and to inform the development of future rules. These protected spaces, increasingly common in areas like fintech or crypto, allow the evolution of what Adam Thierer calls â€œsoft lawâ€� before policymakers make hard decisions.

Perhaps the best example of regulatory sandboxes is a place, coincidentally, with a lot of sand. Arizona has aggressively moved to relieve regulatory burdens that would make testing in the real world effectively impossible. Cities across the state, including Tempe and Chandler, have competed for autonomous vehicle companies to launch their services. These deployments have surfaced a host of practical challenges like how frustrating autonomous cars can be for everyone else, how manned vehicles respond to unmanned grocery bots, and the safety challenges cities should consider when vehicles are operating at partial autonomy.

The federal Department of Transportation has recognized the value of such ecosystems and the lessons they bring. Last year, the DOT created the drone Integration Pilot Program which allows a number of state, local, and tribal governments to work with companies to test advanced drone operations, including the right balance of rules to govern such operations. Recognizing the early success of the IPP, DOT recently announced they would be creating a similar program for autonomous vehicles. These flexible environments promote critical collaboration between the companies building cutting-edge technologies and the regulator. New regulations are constructed on real-world experience, rather than hypotheses developed behind closed doors.

Regulators tend to be cautious folks, so more often than not, they favor incumbents. And even when they embrace innovation, too often, authorities takes sides and decide which companies, or even which technologies, are allowed to operate.

For example, some cities are writing off the scooter sector entirely, just as they did a few years ago with ridesharing. Beverly Hills has banned dockless scooters and impounded more a thousand, in an effort to send a message to Bird. Bird responded by suing the city, stating that the scooter ban violates several California laws.

Other cities havenâ€™t gone so far as to ban scooters outright, but are nonetheless falling into the trap of replacing old cartels with new technocumbents. Santa Monica came very close to banning Lime and Bird, the two most popular scooter companies among locals, in favor of Uber and Lyft, who had never deployed scooters in the city before. Only after outcry from ordinary beach dwellers did the city council allow all four companies to operate. Still, no other scooter companies are allowed to operation within city limits.

We should let the market determine whether these technologies will succeed and which companies should deploy them. Cities should play an orchestration role, instead of adjudicator, facilitating connections between new technologies and the existing transit infrastructure. The alternative is to kill innovation in the crib.

Remember PickupPal? They were around well before Uber or Lyft, but you canâ€™t call a PickupPal today. A Canadian pioneer in ridesharing in the early days of smartphones, the company was thwarted by incumbents raising a law banning pickups for profit. Rather than recognize the benefits of ridesharing, authorities crushed it (along with another popular ridesharing company Allo Stop). A technology-enabled last mile solution was regulated out of existence.

By contrast, Uber was able combat efforts to thwart its access to markets. They did so, in many cases, by taking an adversarial approach and changing the law to ensure ridesharing could continue. While this preserved ridesharing as an industry, it delayed the opportunity to connect ridesharing to existing transit networks. Regulators and ridesharing companies remain more at odds than not continuing to delay solutions to the systemic transportation challenges cities face.

Transportation is inherently local, and the future of of mobility innovation will be as well. Even aviation, an industry that long soared above concerns of the urban environment, is being forced to rethink its relationship with the metropolis. EVTOL aircraft are revisiting the lessons helicopters learned in the 1970s and drone companies face the hyperlocal concerns that arise when your neighbor decides 3am is the ideal time for his Eaze order to be facilitated by a flying lawnmower.

And therein lies one of the most exciting opportunities for the cities of the future. The negative externalities accompanying changes on, under, and over our roads, can be mediated by the same technologies that have sparked new headaches. Cities may use platforms like RideOS to smooth autonomous traffic, Remix to incorporate scooters into transit planning, Via to offer ridesharing as a public service, or our company, AirMap, to integrate drones drones today and flying cars tomorrow.

Ultimately, solutions, not sanctions, will allow cities to welcome this weird new transportation future and realize itâ€™s transformative potential. The abnormalization of transportation presents a tremendous challenge for city officials, planners, and legislators. Itâ€™s a road worth traveling.