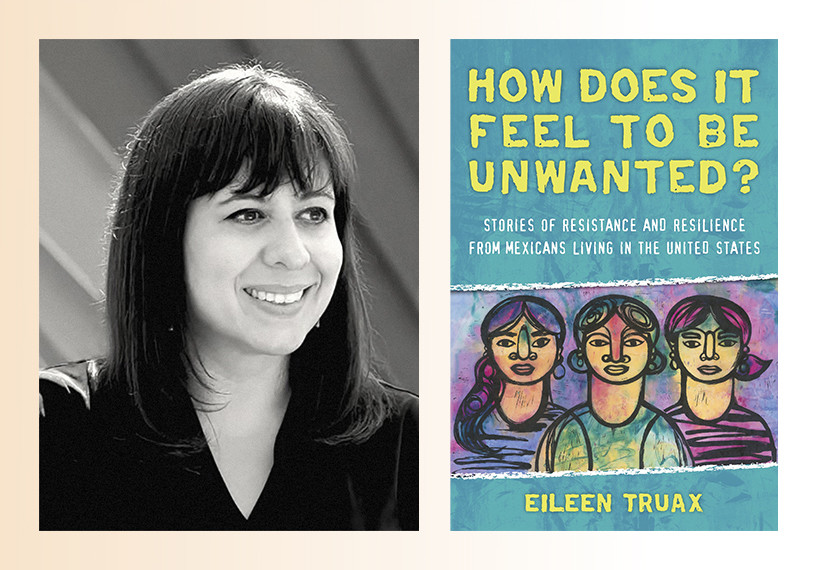 Migrant children are being separated from their parents at the Texas border, DREAMers are being deported to their deaths, and the Trump administration refuses to take responsibility for its policies. But Mexican journalist Eileen Truax is refusing to let them off the hook. Her books, We Built the Wall: How the U.S. Keeps Out Asylum Seekers from Mexico, Central America, and Beyond and the forthcoming How Does It Feel to Be Unwanted?: Stories of Resistance and Resilience from Mexicans Living in the United States, get to the heart of these vital issues.

When did you know you wanted to be a journalist?

I knew that I wanted to be a writer since I was 8 or 9 years old. I spent a lot of time reading. Certain writers have the ability to construct characters who have abilities or marks that make them special. Of course, Gabriel GarcÃ­a MÃ¡rquez, to me, is the master of these things. Outside Latin America, heâ€™s a well-known fiction writer, but he was a very good journalist. I also liked chronicles. When I was a teenager, I read Three Men in a Boat by Jerome K. Jerome. If you can find it, read it. Itâ€™s fantastic.

How did you make the choice to become a journalist who covers immigration?

I didnâ€™t choose the subject; the subject chose me! I covered Mexicoâ€™s Congress for five years, and I fell in love with politics. In 2004, I decided to come to Los Angeles to make a documentary, and I fell in love with the cityâ€™s immigrant communities. I realized that I didnâ€™t know Latin America until I came here. I had the chance to go to these peopleâ€™s homes, to see their lives, to talk to them. I realized that you have to talk to real people order to tell the real story.

Do you see journalism as a form of activism?

The purpose of activism is to convince people to do something. I donâ€™t think journalism has that purpose. Journalism is about giving people information in order for them to take a position. There are so many angles about immigration, so what Iâ€™m trying to do is give audiences a more complete picture before they make decisions.

Why did you decide to write How Does It Feel to Be Unwanted? at this particular time?

[How Does It Feel to Be Unwanted?] is not a book about Trump, but it speaks about his administration from the perspective of the Mexican community. Anti-immigrant narratives are not new in this country, especially for Mexicans. This has been happening for a long time, and the immigrant community in the United States is pretty well organized. Thatâ€™s why they go to work, drive, have their kids in college, and pay taxes. They can do that because theyâ€™ve created a support network and they have changed local legislation and they have worked toward this for a very long time. And theyâ€™re going to be able to resist the Trump administration.

Whatâ€™s the one thing that voters should be paying attention to ahead of the 2018 election?

The best thing you can do is talk to an immigrantâ€”learn about their journey, about their struggleâ€”and realize that this is what makes this country great. I hope that person stays with you when you are voting. You are deciding not only your fate, but the fate of many other people.

Evette Dionne is Bitch Media’s editor-in-chief. She’s all about BeyoncÃ©, Black women, and dope TV shows and books. You can follow her on Twitter.

Reach to cut 70 jobs across Mirror, Express and Star to 'remove duplication of effort' at national titles Infusing Mindfulness Into the School Day