Who Is Valentineâ€™s Day For? 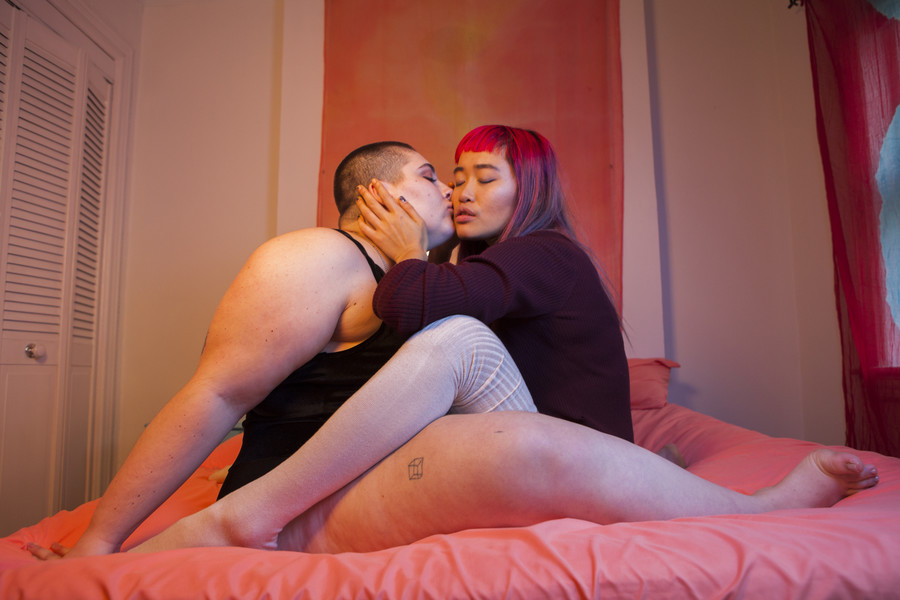 With its annual reification of heteronormative culture, its cheesy pink and red decorations, its twee roses, and its inevitable dashed expectations, Valentineâ€™s Day is the Hallmark holiday that everyoneâ€”even the straightsâ€”loves to hate. Each February brings a million thinkpieces about the horrors of this holiday, as well asvaliant attempts to reclaim it Ã  la Galentineâ€™s Day. But thereâ€™s a pressing question that lies between heart-shaped boxes filled with slave-made chocolate and flowers cut by exploited farm labor: Who is Valentineâ€™s Day for?

There might be a shortage of conversation hearts this year, but the commercial trappings of Valentineâ€™s Day still look much like they always have: Instagramâ€™s #ValentinesDay hashtag still yields a plethora of artfully-arranged images of heart-shaped balloons, petal-strewn beds, and flowery quotations that tell us how we should feel about the holiday. Commercials pegged to Valentineâ€™s Dayâ€”for jewelry, flowers, even menstrual productsâ€”still tend to exclusively feature heterosexual couples, though this, too, is starting to shift. After the Supreme Courtâ€™s landmark 2015 Obergefell v. Hodges ruling, which legalized same-gender marriage across the United States, marketing firms wised up to a huge potential market. A holiday devoted to romantic love and commitment? May as well let the LGBTQ community have a taste!

When it comes to V-Day representation, queer people have finally started making inroads. Companies like Hallmark get praise for â€œinclusionâ€� in their advertising as they acknowledge a moderately more diverse version of romantic love. Yet, inclusion of LGBTQ people in Valentineâ€™s Day ads like a much-heralded Lush campaign or Hallmarkâ€™s entire LGBTQIA collection exhibits some inherent tensions; itâ€™s still heavily white, for example, and tends to feature nondisabled bodies. Fat people are rarely visible. There is a sense that it is growing more acceptable to be â€œnontraditional,â€� but not too nontraditional. Only certain bodies are worthy of love and sexual desire.

Is there really any victory in learning that a very narrow slice of queer relationships is more acceptable now than it once was, and more acceptable because itâ€™s been made as non-threatening as possible?

As with marriage equality before it, carving out space for LGBTQ-specific V-Day observance requires mainstreaming a sanitized version of queerness, and doing so at a time when at least some queers are turning away from chasing heteronormative ideals of love and relationships. â€œWe were making it up as we went along and finding new configurations and arrangements that worked for each individual couple rather than a one-size-fits-all approach to marriage that is so stifling it has led to the skyrocketing divorce rate,â€� wrote Brian Moylan in a 2015 Time column titled â€œPlease Donâ€™t Make Me Get Gay Married.â€� And many people, even those who recognized the enormity of Obergefell, nevertheless identified marriage itself as an â€œoutdated institution.â€�

But marriage equality held particular value beyond the middle-aged, gay white couples who became its face, and this dismissive attitude erased the history of silence, pain, persecution, and marginalization experienced by queer elders who were elated at the opportunity to finally, publicly declare their love. The generational split over marriage in LGBTQ communitiesâ€”â€œwho wants that anyway?â€� vs. the hard-fought war to love openlyâ€”may spill over to Valentineâ€™s Day.

The habit of heralding any scrap of representation as a victory certainly isnâ€™t limited to the LGBTQ community and the big-name organizations that dominate the discourse (like the marriage-obsessed Human Rights Campaign). But it does show to regular effect whenever a company includes LGBQT people in advertising, as though we should be elated that breakfast cereal brands at last acknowledge our humanity â€” though that feel-good Cheerios commercial featuring interracial adoption came with its own laden and unacknowledged implications. Queers are supposed to be excited about â€œinclusiveâ€� products to buy and â€œdiverseâ€� marketing campaigns and some no doubt are, but the question of who Valentineâ€™s Day is for remains: is there really any victory in learning that a very narrow slice of queer relationships is more acceptable now than it once was, and more acceptable because itâ€™s been made as non-threatening as possible? I want a Valentineâ€™s Day that features fat Black joy and disabled bisexual threesomes, not just a generic-looking white male gay couple and a ring.

As Valentineâ€™s Day shies away from depicting more diverse LGBTQ relationships, like asexual ones, it also does not touch upon the deep emotional relationships formed by members of the LGBTQ community who have been exiled by their biological family. Chosen family is a rich and diverse part of the LGBTQ experience, but there is no card for the person who cares for you after top surgery, for the family who took you in when you were homeless, for the village thatâ€™s helping to raise your children. The fact that these cards donâ€™t seem to exist outside boutique Etsy shops is a telling illustration of how far we have to go as a society: Mainstream culture is willing to recognize us as â€œcute (heteronormative) couplesâ€� but not as members of a complex culture that sits entirely outside their own experience.

These aspects of the LGBTQ experience can be frightening and sometimes alien for outsiders because they necessitate the expanding of the concept of family ties, structures, and meaningful relationships. For all that polyamory has become the subject of trend pieces, thereâ€™s far less engagement with more diverse â€œnontraditionalâ€� relationship structures. Heralding the changing faces of Valentineâ€™s Day representation serves, for some, to be even more isolating; their lives, bodies, and experiences are so disregarded that their absence is unremarkable.

In 2018, consumers spent nearly $20 billion on Valentineâ€™s Day, but only $12 billion of that was spent by couples. This seems to suggest that the meaning of Valentineâ€™s Day is shifting from a performative display of affection in romantic and typically sexual relationships to a way of communicating love to classmates, teachers, pets, and best friends. The cultural embrace of platonic relationships by marketersâ€”complete with Cupid cat and dog costumes, bestie spa packages, and moreâ€”is proof that thereâ€™s always going to be interest in capturing viable markets with a corresponding array of products and experiences. Time will tell if queer people are a â€œviable market.â€�

Read this Next: The Weird and Wild World of Reddit Relationships

by s.e. smith
Itâ€™s not surprising that people turn to the internet for relationship advice.