Why Education Isnâ€™t the Only Solution: An Overview of Female Employment in Morocco and the MENA Region 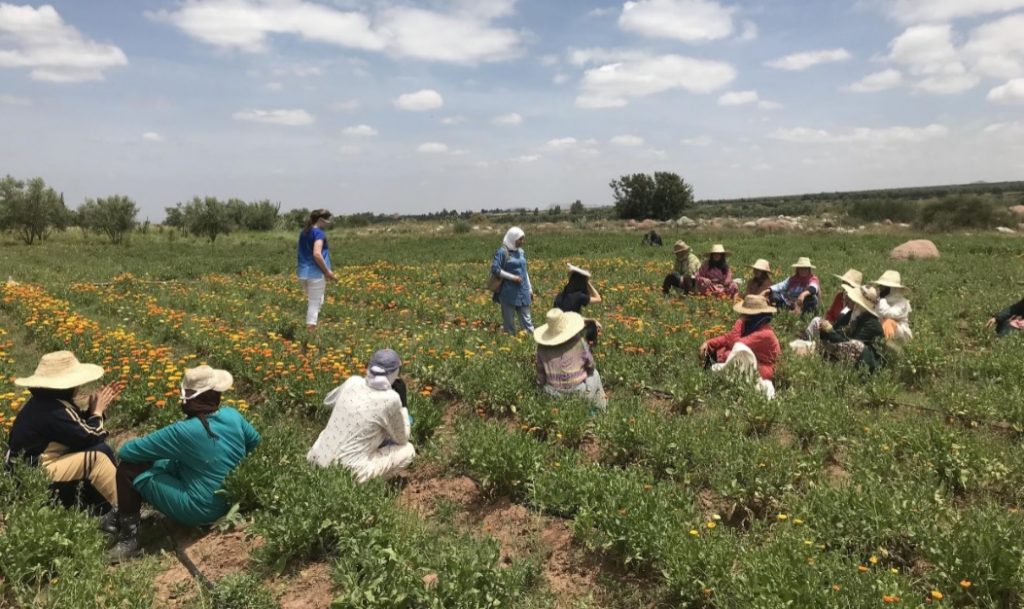 The Middle East and North Africa (MENA) has the lowest female employment rate of anywhere in the world. Though most countries in the MENA region, including Libya and Iran, have seen gradually increasing rates of working women, Moroccoâ€™s female labor force participation (FLFP) rate has actually decreased since 1999, now sitting at 26 percent, according to Brookings. This decline not only contradicts global and regional trends, but also comes despite significant efforts both by the Moroccan government and NGOs to increase womenâ€™s education, in hopes of improving their employment opportunities. The World Bank estimates that higher FLFP rates could result in a 25 percent average increase in household income, something which would dramatically improve the lives of men, women, and youth in the region.

Womenâ€™s education programs are excellent endeavors that change lives and promote equality, especially considering the high illiteracy rates of rural women. However, education alone is not the solution to low FLFP. In Morocco, according to the World Bank, women comprise 47 percent of the population holding a tertiary degree of some kind, and yet the vast majority remain marginalized from the workforce. Similar statistics showing high education and low employment for women are prevalent throughout the MENA region. The issue is not unemployment for women, but complete inactivity in the workforce. Morocco World News reports that over 70 percent of Moroccan women have simply left the workforce; they are neither employed nor searching for work, though one third of these women possess degrees that would qualify them for well-paying jobs.

In a Brookings survey, urban women aged 15 to 29, who were either in school or recently graduated, were asked if they were working or planning to work upon graduation. The vast majority of respondents said no, and were asked for their reasoning: 45 percent listed family opposition, while 30 percent said they were too busy with responsibilities at home. Though lack of education is certainly a problem in Morocco, particularly among rural women, it is clear that it is not the only barrier to female employment.

Neither is legal restriction; though the MENA region does have the highest number of constraints on women in the world â€“ making it difficult for women to attain the social, political, and economic agency necessary to participate in the workforce â€“ Morocco is somewhat of an exception. In 2004, Morocco enacted a progressive reform to its code of family law (Moudawana) to promote equality in the rights of women and men.

In the case of Morocco specifically, advocates of higher FLFP do not need to push for legal reform, but for the active enforcement of existing laws. The Moudawana reform set the stage for womenâ€™s economic participation; however, the vast majority of rural women remain unaware of their rights and, therefore, unable to exercise them. The formal law is in place, but it is not being applied effectively. There is not widespread respect of these rights because very few people are familiar with them. Efforts to increase awareness of Moudawana would help remove the implicit biases and barriers continuing to prevent Moroccan women from working.

Since young women listed family opposition and responsibilities at home as their two main reasons for not entering the workforce, governments and NGOs need to design programs that address these issues specifically. In Morocco and the MENA, there is a desperate need for womenâ€™s empowerment. Women need self-confidence and the ability to advocate for their ambitions, otherwise they will continue to be consigned to the domestic sphere. The duties of childcare, cooking, and cleaning are placed almost solely on women, making it difficult for them to work outside the home. Incentive programs for employers to provide services that ease the domestic burden on women, such as free daycare centers, paid maternity leave, etc., would significantly help women enter the workforce. Additionally, more focus should be given to the creation of womenâ€™s cooperatives, especially in rural regions. Cooperatives allow women to collectively manage their businesses, which means they set their own schedules, and are thus in a better position to accommodate both household and work responsibilities.

Existing strategies to increase womenâ€™s presence in the workforce are not working.Â  Since 2016, the High Atlas Foundation has been conducting a womenâ€™s empowerment program in Morocco that integrates Moudawana with a self-discovery process, bringing women together to unlock their socioeconomic potential. Often, this program (developed in conjunction with the Empowerment Institute) results in the creation of cooperatives, where rural women pool their resources and talent to start their own entreprises. If sustainable change is to occur, governments and NGOs need to take a participatory approach that focuses on the self-identified obstacles and needs of women.