U.S. accelerator Y Combinator is expandingÂ to China after it announced the hiring of former Microsoft and Baidu executive Qi Lu who will develop a standalone startup program that runs on Chinese soil.

Shanghai-born Lu spent 11 years with Yahoo and eight years with Microsoft before a short spell with Baidu, where he was COO and head of the firm’s AI research division. Now he becomes founding CEO of YC China while he’s also stepping into the role of Head of YC Research. YC will also expand its research team with an office in Seattle, where Lu has plenty of links.

There’s no immediate timeframe for when YC will launch its China program, which represents its first global expansion,Â but YC President Sam Altman told TechCrunch in an interview that the program will be based in Beijing once it is up and running. Altman said Lu will use his network and YC’s growing presence in China — it ran its first ‘Startup School’ event in Beijing earlier this year — to recruit prospects who will be put into the upcoming winter program in theÂ U.S..

Following that, YC will work to launch the China-based program as soon as possible. It appears that the details are still being sketched out, although Altman did confirm it will run independently but may lean on local partners for help. The YC President heÂ envisages batch programming in the U.S. and China overlapping to a point with visitors, shared mentors and potentially other interaction between the two.

China’s startup scene has grown massively in recent years, numerous reports peg it close to that of the U.S., so it makes sense that YC, as an ‘ecosystem builder,’ wants to in. But Altman believes that the benefits extend beyond YC and will strengthen its network of founders, which spans more than 1,700 startups.

“The number one asset YC has is a very special founder community,” he told TechCrunch. “The opportunity to include a lot more Chinese founders seems super valuable to everyone.Â Over the next decade, a significant portion of the tech companies started will be from the U.S. or China [so operating a] network across both is a huge deal.”

Altman said he’s also banking on Lu being the man to make YC China happen. He revealed that he’s spent a decade trying to hire Lu, who he described as “one of the most impressive technologists I know.” 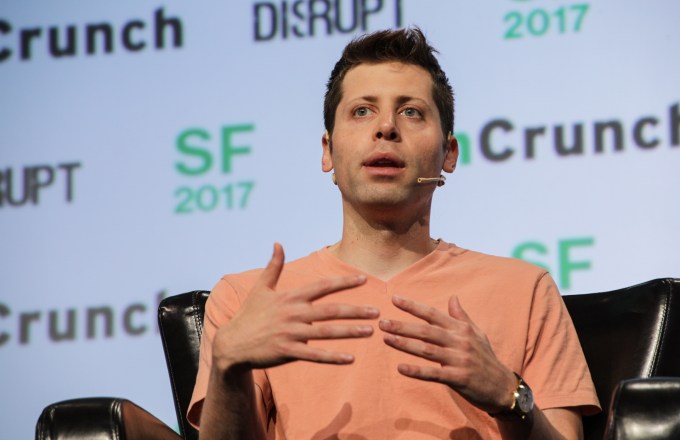 Entering China as a foreign entity is never easy, and in the venture world it is particularly tricky because China already has an advanced ecosystem of firms with their own networks for founders, particularly in the early-stage space. But Altman is confident that YC’s global reach and roster of founders and mentors appeals to startups in China.

YC has been working to add Chinese startups to its U.S.-based programs for some time. Altman has long been keen on an expansion to China, as he discussed at our Disrupt event last year, and partnerÂ Eric Migicovsky — who co-founder Pebble — has been busy developing networks and arranging events like the Beijing one to raise its profile.

That’s seen some progress with more teams from China — and other parts of the world — taking part in YC batches, which have never been more diverse. But YC is still missing out on global talent.

According to its own data,Â fewer than 10 Chinese companies have passed through its corridors but that list looks like it is missing some names so the number may be higher. Clearly, though, admission are skewed towards the U.S. — the question is whether Qi Lu and creation of YC China can significantly alter that.