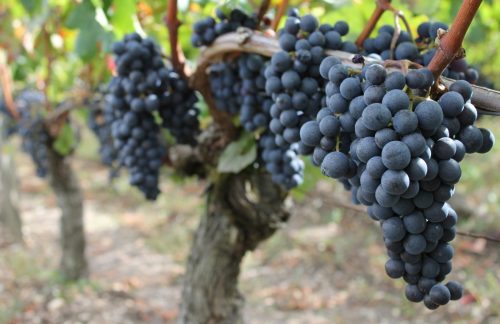 Merlot: “Stop picking on me, beeeeaaaatches!”

It’s been nearly fifteen years since a flippant diatribe that disparagingly mentions Merlot came from the mouth of Miles, the main protagonist in the film Sideways (based on the book of the same title by Rex Pickett).

That off-hand and NSFW comment had the unfortunate – and lasting – side-effect of sending U.S. Merlot sales into the toilet; so much so that I had been told over the years by many PR, marketing, and winemaking professionals that they either stopped putting the word Merlot on their labels (or at leastÂ  considered it).

But a funny thing happened roughly ten years after Sideways was released in theaters: consumers seemed to stop caring, and instead started to enjoy the fact that Merlot represented one of the best red wine bargains available. Of course, that didn’t stop the media at large from being late to the reporting party when it came to the “Sideways effect.” But whatever.

I mention this brief Merlot sales history lesson because for the past few years October has been declared the #MerlotMe month, in an attempt to bring renewed interest in the much maligned Merlot, and my friend Michael Cervin has quoted me in an article he recently penned for IntoWine.com that takes a closer look as all of the above, and whether or not f–king Merlot even needs its own f–king month. In that article, I basically state that â€œThe Sideways effect has never been as outdated as it is at this moment.â€�

Look, here’s the scenario with Merlot, people: You can find better (i.e., cleaner, fault-free, varietally-correct, tasty) Merlot at every price point now, and in some cases (particularly in South America) at prices that have better quality-to-price ratios than ever before. While you have to pay larger bucks for the transcendent stuff (Michael rightly suggests La Jota Vineyard Co.’s Merlot as an example), you can still find excellent incarnations in the $30-ish range (another of Michael’s picks, Lâ€™Ecole No. 41 Estate Merlot, fits that bill, and makes a good argument for considering Merlot as Washington state’s second best red fine wine grape after Syrah). Even the last five years have seen better Merlot samples cross my critic-lips than ever before.

In other words, despite the temporary corrections afforded by the Sideways effect, Merlot is now exactly like every other f–king fine wine grape in the world.

Merlot is no longer an exception, and it’s high time we stopped acting like it is.

Copyright Â© 2016. Originally at Yeah, You Are Drinking Some F–king Merlot, Actually (Talking Merlot With IntoWine.com) from 1WineDude.com
– for personal, non-commercial use only. Cheers!