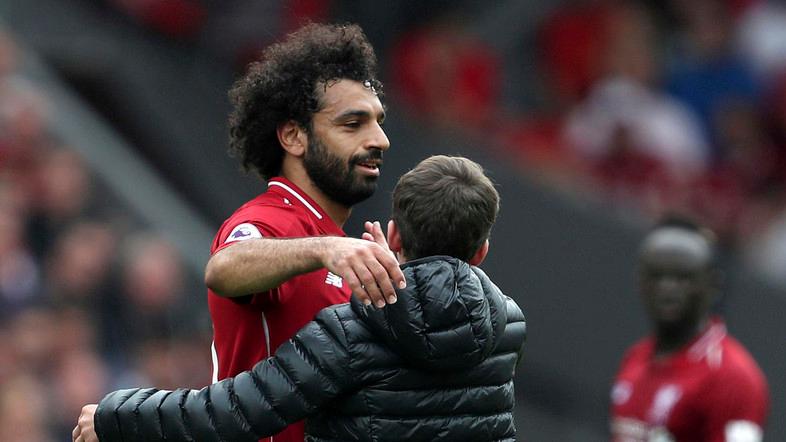 Â In a move that warmed the heart of thousands of fans at Anfield, a young boy invaded the football pitch in order to hug Egyptian ‘King’ Mohamed Salah.
The match was between West Ham and Liverpool; social media reactions captured the audience’s surprised as the boy ran to Salah who, in return, dealt with the incident by taking kindly to the interruption, hugging the boy back and exchanging a few words with him.
Salah, a recent football sensation, scored 19 minutes into Liverpool’s opening game.

Fans and social media users were taken by Salah’s kind gesture to welcome the boy.