Your Silence Will Not Protect You

Video of Police arrest 70 at first day of Kavanaugh hearings

Brett Kavanaughâ€™s confirmation hearings are a scene straight out of our greatest dystopian fears: Protestors from Demand Justice, a left-of-center advocacy group that aims to influence the political leanings of Americaâ€™s courts, stood solemnly outside the hearing room where the Supreme Court nominee sat eerily stone-faced while being questioned by the Senate Judiciary Committee. In a statement, Demand Justice explained that they dressed in red cloaks and white bonnets Ã  la The Handmaidâ€™s Tale to bring attention to Kavanaughâ€™s â€œanti-abortion, anti-healthcare and anti-womenâ€� views.

Inside the hearing, protestors representing the national Womenâ€™s March shouted â€œHell no, Kavanaughâ€� and â€œDonâ€™t take away my healthcare. Iâ€™m a pre-existing conditionâ€� before being escorted from the room and arrested. These coordinated protests will continue all week, according to Rachel Oâ€™Leary Carmona, chief operating officer of the Womenâ€™s March. Their goal? Delay Kavanaughâ€™s confirmation. Theyâ€™re not alone in that mission. Several Democratic senators, including Kamala Harris, voiced concern over receiving more than 45,000 documents from Kavanaughâ€™s time as a Bush-era White House lawyer and staff secretary, just hours before the hearing.

In her opening statement, Senator Harris started a tag-team of staged disruption among Democratic senators. â€œThe committee received just last night, less than 15 hours ago, more than 42,000 pages of documents that we have not had an opportunity to review, or read, or analyze,â€� she said. â€œWe cannot possibly move forward.â€� The noise from Democratic senators and progressive activists is deafening when contrasted with the unmitigated silence that Republican senators hoped would characterize Kavanaughâ€™s confirmation.

During his third debate with Hillary Clinton in October 2016, Donald Trump said that he would work to overturn Roe v. Wade if he could change the balance on the court, and by all accounts, Kavanaugh will fulfill his promise. If confirmed, heâ€™ll replace swing-vote Justice Anthony Kennedy, who, during his 30 years on the court, voted to uphold legal restrictions in cases involving partial-birth abortion, mandatory counseling, and parental involvement, as well as helped create the undue-burden standard, which allowed states more leeway in regulating abortion.

Kavanaugh, on the other hand, has previously dissented in cases involving abortion, most notably last October while serving in the DC Circuit Court that oversaw the case of an undocumented immigrant teen in detention who wanted to terminate her pregnancy. With Kavanaugh on the court, the balances will surely tip even farther right, putting abortion access and reproductive rights in peril. Though there are high stakes for many Americans, Republicans hoped the hearing would be seamless, noiseless, and brief without the public realizing what was happening. After Trump nominated Kavanaugh in July, Senate Judiciary Chairman Chuck Grassley said that the large volume of legal documents could potentially slow down the confirmation process, but the looming midterms gave Republicans incentive to speed through the process. (It has only been eight weeks since Kavanaugh was nominated, and less than 50 percent of his legal documents have been reviewed).

So, naturally, Republicans, Kavanaugh, and Trump (tweeting from his home, vacation, and golf cart) were surprised that their scheme has been met with uproar. The response to Kavanaughâ€™s nomination and hearing reveals a fear among senators about being unable to protect their constituents, women who are uninterested in bargaining for their reproductive rights, and anti gun-violence activists who are concerned about the Supreme Court loosening firearm regulations. 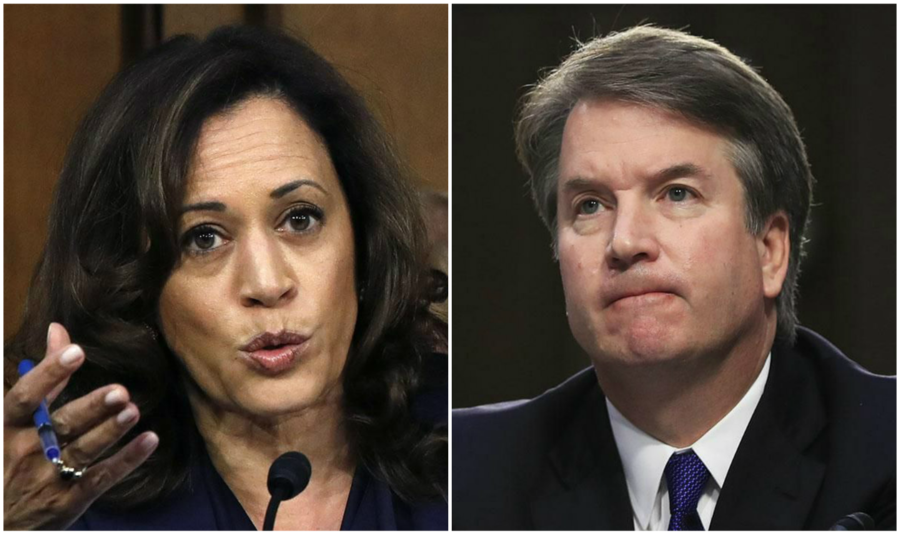 Whatâ€™s at stake if Kavanaugh is confirmed? Everything. During the confirmation hearing, some Republican senators brought up DC v. Heller, a 2008 court case that allowed citizens to legally register handguns for self-defense. Kavanaugh wrote a dissent in Heller v. DC 2011 (a counter argument to the original case), which has some worried heâ€™d work to expand gun rights. In 2012, Kavanaugh also wrote an unanimous ruling to uphold a racist and classist South Carolina law that required a government-issued photo ID to vote. Conservative ideologies guiding the Supreme Court could setback constitutional rights and overturn amendments that directly impact Black and Brown Americans, immigrants, victims of gun violence, women, LGBTQ people, and working-class families.

As the hearings commenced, Minnesota Senator Amy Klobuchar noted that this hearing â€œwas not normal.â€� Sheâ€™s right: With protestors bumping the hearing back an hour, 45,000 documents being sent to the Judiciary Committee last minute, and a lightning-round of Democratic senators motioning to adjourn, Kavanaugh has been met with much resistance. And he faced it with an utterly impassive, robotic, and cold presence, even when asked by senators to make the decision to delay the hearing, which he denied. But perhaps this anomalous event in American politics is deeply reflective of the frenzied state of hyper-partisanship weâ€™re experiencing. As the public witnesses the â€œsound and fury, signifying nothingâ€� Shakespearean nature of Kavanaughâ€™s hearing (so put by human goblin Ted Cruz), voters are also taking cues from our senators by placing party above all else.

During Kavanaughâ€™s closing remarks on the first day of questioning, he remarked that the Supreme Court â€œmust never be viewed as a partisan institutionâ€� and argued that â€œa good judge must be an umpireâ€”a neutral and impartial arbiter who favors no litigant or policy.â€� We know, based on his past, that Kavanaugh has an agenda, and so does the man who appointed him. The noise and racket surrounding Kavanaugh should be seen as a good thingâ€”silence would be much more alarming in this case. 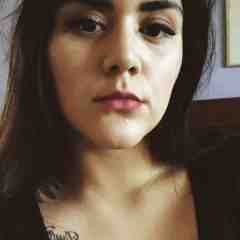 Vanessa Borjon is a teaching artist based in Chicago, IL. She graduated from Columbia College Chicago in 2015 where she received her BA in Creative Writing – Poetry. Her writing focuses on the split identity of being a daughter of Mexican immigrants and growing up in rural Illinois. She has been previously published in the Corazonland Review, Quaint Magazine, The Shade Journal, and Nepantla.